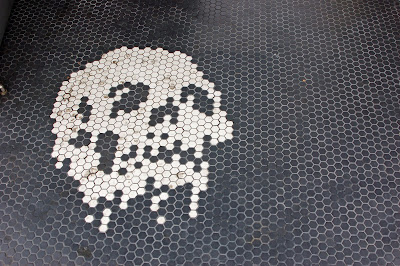 I still remember the shock I felt when I first learned that people died while trying to walk across the southwest deserts in order to enter the United States. I really had had no idea such a thing happened in this country. It was perhaps 1972; I researched the scant available accounts of migrant deaths and wrote the story up for the Catholic Worker.

Stephanie Leutert from the University of Texas at Austin has found a unique window on the story of deaths of migrants in the desert. She got access to the notebooks in which Brooks County Sheriff Urbino “Benny” Martinez keeps a record of every time his force finds a body or is called to remove a human skull. Leutert was unprepared for what she encountered:

Indeed, I was wholly unprepared for what [the 2018 Human Remains binder] contained, and the same was true of the similar binders stashed in a filing cabinet in a nearby room, one for each year starting in 2009. I hadn’t expected to see so many women in the case files—certainly not women who carried lipgloss, beaded bracelets and fanny packs. I hadn’t expected to see so many older crossers in their late 50s and 60s, people who were found with reading glasses and who had children and grandchildren already in the United States. I was not expecting so many people who had died trying to get back to families left in the United States.

I also hadn’t expected to be reading love letters, deportation papers and hospital notes found in pockets; looking at wedding rings on left hands and pictures of smiling partners and children tucked into wallets; or analyzing some of the more curious sentimental items that people carried with them, including a bag of pebbles and seashells, two signed baseballs, and a stuffed animal in the shape of a horse. Yet such details—and so many others—filled every page. ...

Leutert plans a series of articles about what she discovered ... I will be following.
Posted by janinsanfran at 5:50 AM

Email ThisBlogThis!Share to TwitterShare to FacebookShare to Pinterest
Labels: migration