Beirut: a stroll on the Corniche 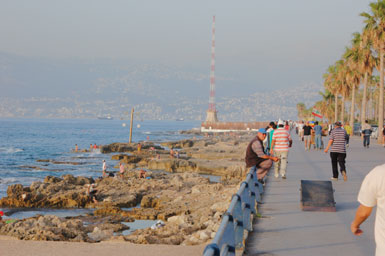 It has been hot in Beirut, not just according to weather wimps from the States, but also the locals. So when a breeze came up in early evening, everyone turned out to walk along the sea on the grand promenade, the Corniche. 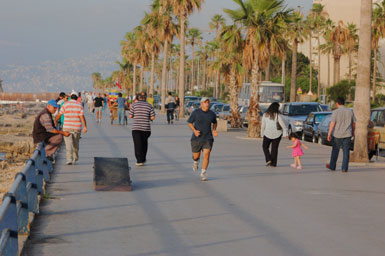 Some exercised by running. The promendade is marked in half kilometers as part of the course of the Beirut Marathon. 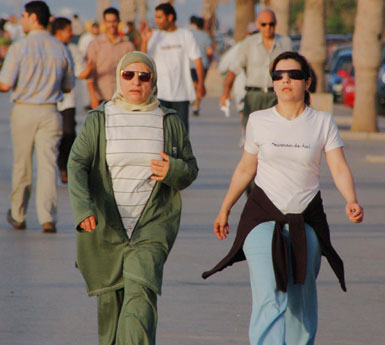 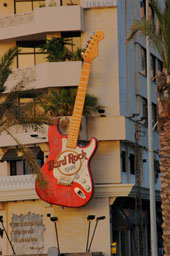 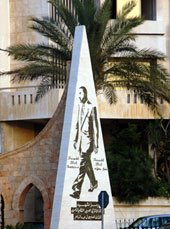 Even Gamel Abdel-Nasser, the Egyptian president and architect of Pan-Arab socialism (1918-1970) strides on his obelisk -- in the direction of one of the universal icons of globalization. 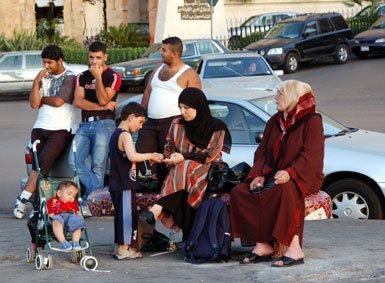 Some just watch the world go by. 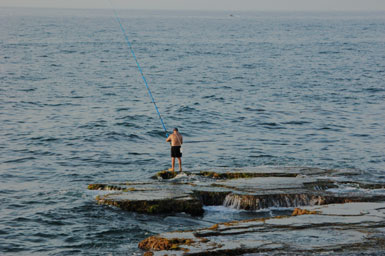 A lone man casts for fish in the sea. 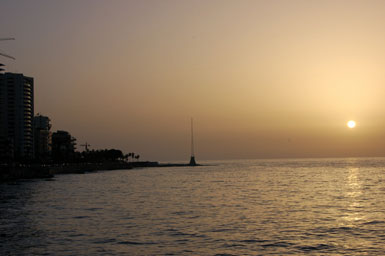 And shortly, the equatorial sun will plunge into the Mediterranean.
Posted by janinsanfran at 10:26 PM

amazing photos of somewhere i will probably never be able to go. thanks for sharing. :-)