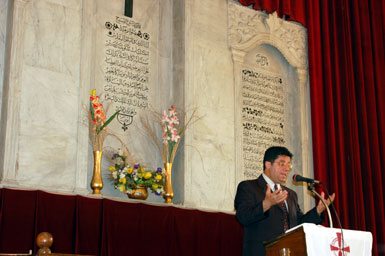 Pastor Samir Yacco was filling in for the regular leader of the congregation.

Who would have thought that attending a Presbyterian service would be a highlight of visiting Syria? But St. Paul's Church in Damascus has become a home away from home for some of the thousands of Iraqi Christian refugees created by the collapse of security under U.S. occupation. And so, our delegation of peace activists joined members of this community for worship. 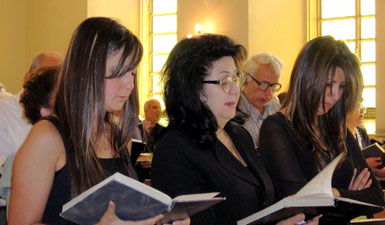 Afterwards we attended an emotional, sometimes angry, meeting at which the refugees poured out their stories of terror and their concerns about their future. Before the war, Christians of various sorts were about 3 percent of Iraq's population of 26 million, or some 800,000 people. That number is rapidly falling.

We heard a catalogue of horrors. An artist from Basra who sold a few pieces to the occupying British Army found himself labeled a collaborator with the occupation, threatened with execution for being a traitor. Intolerant fundamentalisms have been unleashed; one man reported that a neighbor was killed by radical Islamists for wearing shorts. All said they feared to send their daughters out alone, and certainly not without veils. 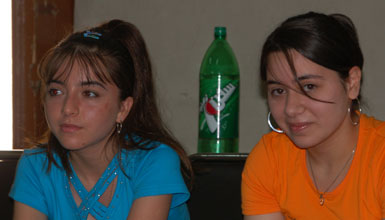 One of these young women summed up her situation: "I have no future in Iraq. To go on living, I would have to wear hijab and not wear a cross." She had finished high school, but does not expect to have a chance for further schooling.

These Iraqi Christians look back fondly to an earlier time. As they tell it, until the 1980s, different religious communities got along, neighbors of different faiths knew each other, and congratulated each other on their various religious holidays. Then Saddam Hussein launched his war on Iran and encouraged divisions. "Iraqis lost their sense of community." Saddam encouraged splits between people to stay in power. He took measures against wine shops, which were run by Christians, in order to win popularity. When Saddam was removed, an explosion of religious intolerance was unleashed. 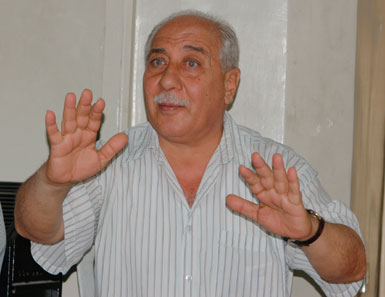 People have lost their livelihoods. Those we met with are educated people who have skills that they trusted would give them a good living. In exile, they cannot work and live on small pensions and contributions from relatives. 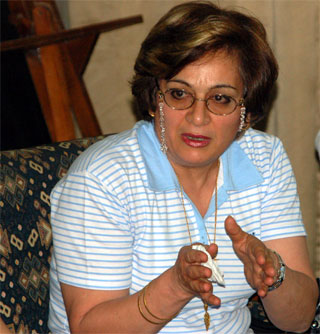 Yet their plight at the hands of Islamic radicals has not made them supporters of the U.S. invasion. We heard heartfelt condemnations as well as multiple theories about who benefited from their misfortune:

"We are Iraqis and we oppose the occupation, but the Christians will never be able to go back. The new Iraqi government is imposing Iranian law; it is giving citizenship to Iranians. They don't want educated people to stay in Iraq."

***
"I saw American tanks knock down the doors of banks in Basra and say 'just go in.' The Americans created this situation, they should fix it. America is the government now."
***
"Sometimes we wish we didn't have oil in our country. We didn't ask Bush to come and get rid of Saddam Hussein. Billions have been spent on what they call 'reconstruction,' but nothing is fixed."
***
"America is letting Iran take over. Or maybe they want to give our country to Israel. We can't go back." 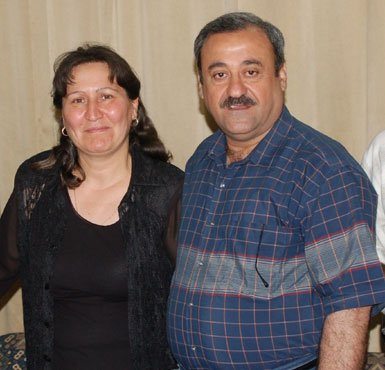 The meeting was humbling in several ways. First, our delegation was confronted by the simple fact that there is very little we can do for these people who need help so badly. Certainly we can try to publicize their plight -- happily, the Presbyterian Church in the U.S. has been writing about the refugees' situation for several years. But on top of the sympathy we felt for these individuals, we also had to carry the knowledge that there are hundreds of thousands of other refugees, mostly Muslim, fleeing the carnage in occupied Iraq, most of them with even less prospect of assistance. 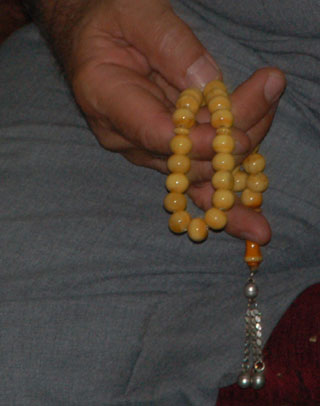 Throughout the meeting, our Syrian host worked his worry beads. This situation is not going to get better easily.
Posted by janinsanfran at 11:39 AM

I will post your story on Iraqi Christians in my blog on Iraq.

But I wanted to tell you that I got an impeachment resolution passed at the NC Democratic party convention.
read it here
http://dancewater.blogspot.com

Great news about your impeachment resolution dancewater! We keep chipping away.

Pastor Samir Yacco is a great person with an outstanding passion to help everybody.