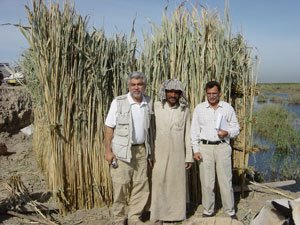 Just about the only encouraging news we heard about during our delegation to Jordan and Syria came from Nature Iraq, a non-governmental organization working to restore the Mesopotamian marshlands that once covered much of southern Iraq. Dr. Azzam Alwash envisioned the project while in exile in the United States (where he supported the U.S. invasion) and returned to work on it as soon as Saddam Hussein was overthrown.

Following Gulf War I in 1991, the dictator drained these enormous wetlands that had endured for all of recorded history.

The marsh dwellers were important elements in the uprising against Saddam Hussein’s regime. To end the rebellion, the regime implemented an intensive system of drainage and water diversion structures that desiccated over 90% of the marshes. The reed beds were also burned and poison introduced to the waters. It is estimated that more than 500,000 [persons] were displaced, 95,000 of them to Iran, 300,000 internally displaced, and the remainder to other countries. By January 2003, the majority of the marshes were wastelands.

The former marsh dwellers were reduced to surviving as landless day laborers. They responded to the overthrow of Saddam by tearing down embankments and redirecting pumping stations to reflood the marshes. 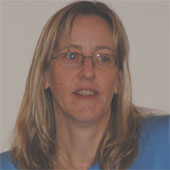 But reconstituting a giant ecosystem is not easy. Anna Bachmann, an American who is Nature Iraq's only U.S.-born employee, told us how the process works. The marsh dwelling lifestyle depended on lots of other life in the wetlands. Other species had to return before humans could survive. Now that is happening: "when the birds came back and the fish came back, they the people came back." Today, 41 percent of the former area is again living marshland.

Not all previous wetland dwellers wish to return. Younger people have learned to like a dry land existence. They have learned to equate brick houses with riches, while the marshes can best support traditional reed building materials. Nature Iraq is trying to build a "Green Village" showing that traditional materials and a hunting and gathering economy can offer the people an attractive way to live and work.

Despite all the insecurity in contemporary Iraq, environmental NGOs are still doing some useful work, though they cannot employ non-Iraqi staff. Their longer term success will depend on Iraq working its way to a stable government.
Posted by janinsanfran at 8:43 PM