A visit to South Lebanon

(Disclaimer: I write from a country where I have never been before, where I do not speak the language; what I share may tell more about me, than the place I am lucky enough to visit.)

This is the part of the country that suffered longest from the Israeli invasion (begun 1982) and subsequent occupation (not ended until 2000). The land, a maze of rocky hills and fertile green valleys, is beautiful. 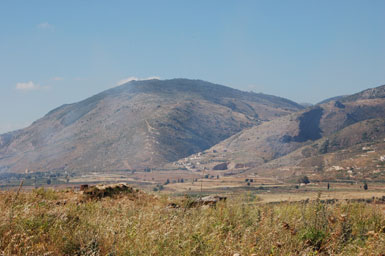 You don't wander off the beaten track here. The hills are still littered with land mines placed by the Israelis and by the resistance fighters who expelled them. 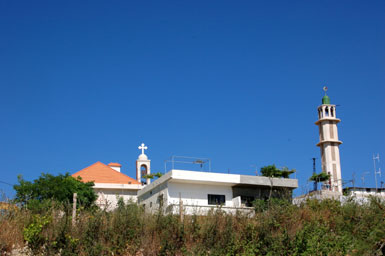 Most of the people are Shiites although there are mixed villages where the Christian church sits adjacent to the mosque, as pictured here. While we were taking this picture, a woman came by, smiling broadly, gesturing with her hands, as if to explain to us: "yes, show that we live side by side!" So I have. 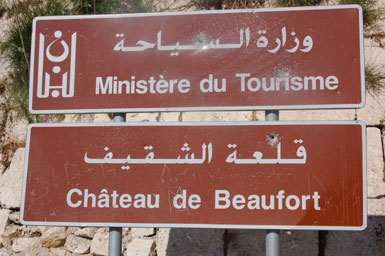 The land is dominated by a windswept outpost that carries the Crusader name, Chateau de Beaufort. It has always been the high point occupied whoever sought to hold the land: Ottomans, nationalist insurgents, Palestinians driven north by Israelis, then the Israelis during their invasion. 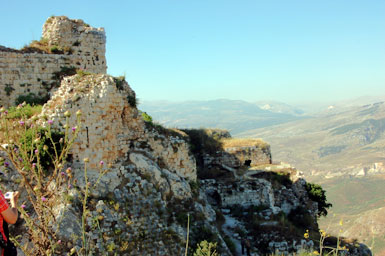 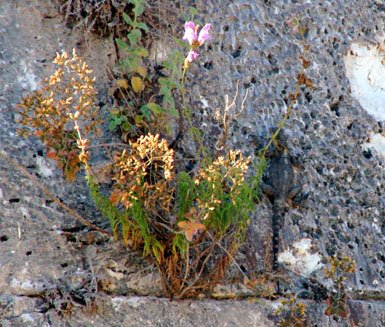 Today, the permanent residents are mostly lizards that have evolved over generations to blend with the stones. 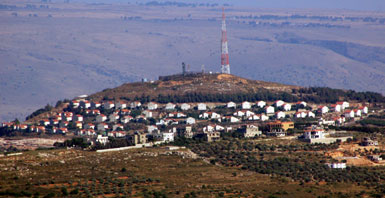 The Israelis were so sure they would never be forced to leave this bit of southern Lebanon that they build this settlement below the castle. 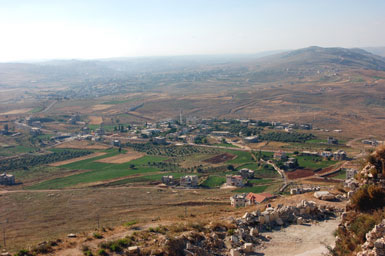 But Israeli occupation did not last forever. The Lebanese village of Arnun on the north side of the keep has rebuilt. 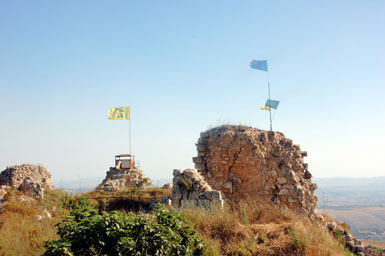 Today the pennants of the forces that led the resistance to the Israelis, Hezbollah and Amal, fly above the pinnacle.
Posted by janinsanfran at 2:25 AM

Are locals now living in the former settlement?

What a huge sweep of time this place contains and expresses. This is a phenomenal series, Jan. Thank you so much.

The settlement is still in Israeli territory and occupied, right up against the border. I'm told there are occasional sniper episodes, from both sides, when people go too close.

The Lebanese point to this settlement and say "see, they never intended to leave -- but we forced them out!" This reflects the logic of that particular martial episode: much of the fighting consisted of shelling of inhabited areas. Beaufort overlooks the settlement blocks, making the site completely vulnerable to shelling should shooting war break out again.