A walk around Beirut

(Disclaimer: I write from a country where I have never been before, where I do not speak the language. Anything I describe is only what eyes' clouded by ignorance can observe. I look, I listen to what I am told, I seek to understand, I share photos here; what I share may tell more about me than the place I am lucky enough to visit.)

The last two days our kind host has walked us around her city. 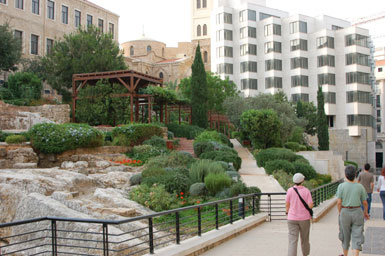 We passed this lovely garden in the central city; most of Beirut is far less manicured.

Between 1976 and 1992, Lebanon was wracked by war among its own religious communities (many different sorts of Christians and Muslims), invaded and partially occupied by Israel and Syria, and subjected to rapacious struggles fueled by armed warlords. For the last decade and a half, Lebanese have been relearning how to live with each other and rebuilding their country. 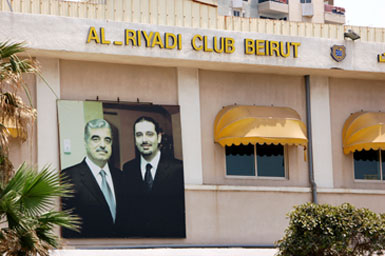 About the only time most people in the United States have been aware of Lebanon over the last few years was when the politician and Donald Trump-like wheeler dealer Rafiq Hariri was blown up by a car bomb. The U.S. blames Syria; some Lebanese whisper about rough business deals gone bad. Hariri's assassination provided the spur to a movement of Lebanese demanding the Syrian forces leave the country. Hariri images (here with his son, now a major political figure himself) are everywhere. 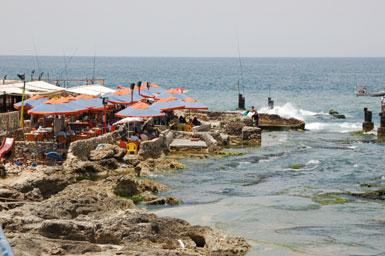 Hariri enabled this appropriation of a bit of sea front by a private club. Correction:I'm told it was a different bit of beach front that Hariri appropriated. 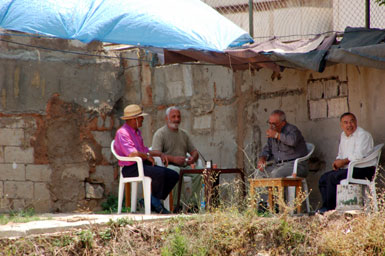 Ordinary people enjoy tea and a chat in the sun. 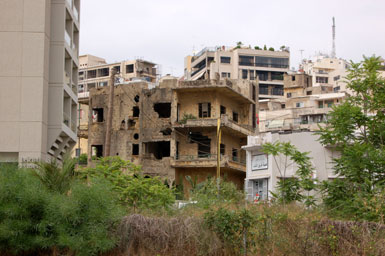 We walked in the neighborhood adjacent to the old "Green Line" -- the dividing line between Christian East Beirut and Muslim West Beirut during the war. Our host described the house in the center as once occupied by Muslims who were killed or driven out by sniper fire. 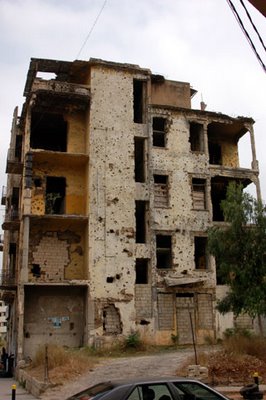 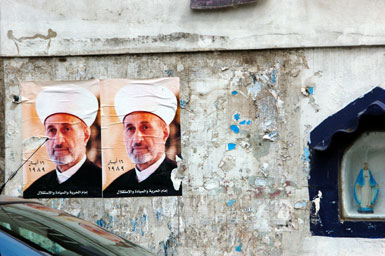 In the Christian neighborhood where our host grew up, a small mosque had once co-existed happily before the war. Plastered on its wall are posters of a progressive Sunni sheik who as assassinated in 1989 -- and a small shrine of the Christian Virgin. 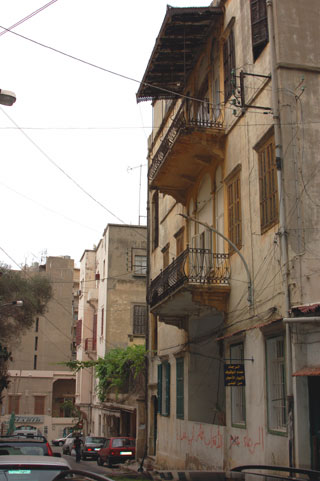 In the narrow neighborhood streets, much renovation is underway. The sign in Arabic on the right side of this photo warns passers-by of falling stones from the crumbling balcony above. 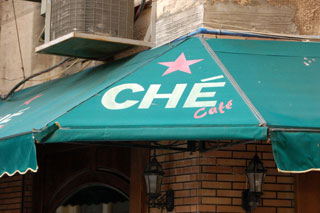 Incongruously, what was once a quiet Catholic residential neighborhood has become a center of bars and nightlight. Che co-exists with Catholic education on the same building. 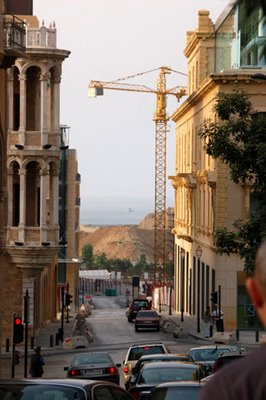 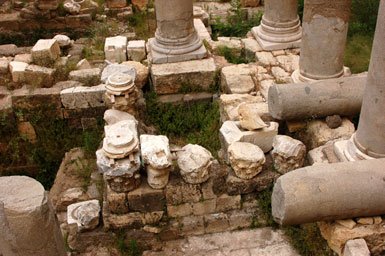 These ancient ruins were uncovered by one downtown building project. 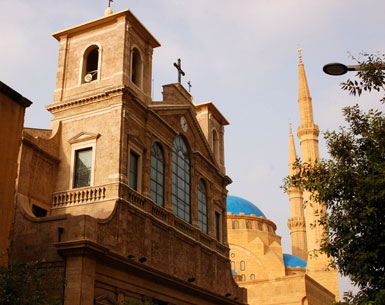 A fashionable Maronite Christian Church abuts a grand new mosque built by the assassinated Hariri.
Posted by janinsanfran at 11:08 PM

The Sheikh was the Musti of Sunni Muslims in Lebanon. Mufti Hassan Khaled.
Thanks for the wonderful pictures.