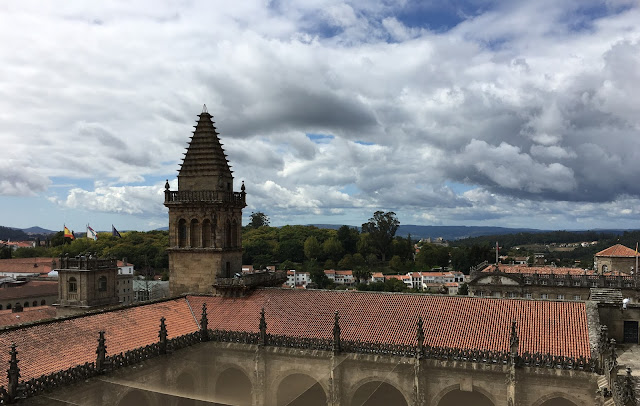 In Santiago de Compostela we marked completing our pilgrimage by taking a tour of the roof of the Cathedral of St. James. We noticed that several of the towers looked like this one, a 15th century improvement on a Romanesque original. This did not seem to accord with the usual architectural style of the period; where might the Spanish architect have gotten his inspiration? Our guide suggested he might have been influenced by Spain's new world conquests in Mesoamerica. 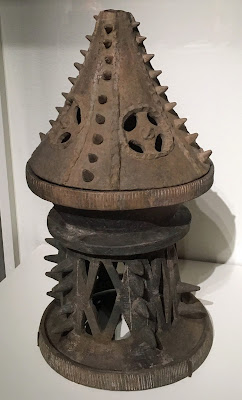 At the Teotihuacan: City of Water, City of Fire exposition at the DeYoung Museum in San Francisco, we encountered this artifact. The similarity of decorative form leaps out to me.
Posted by janinsanfran at 5:00 AM