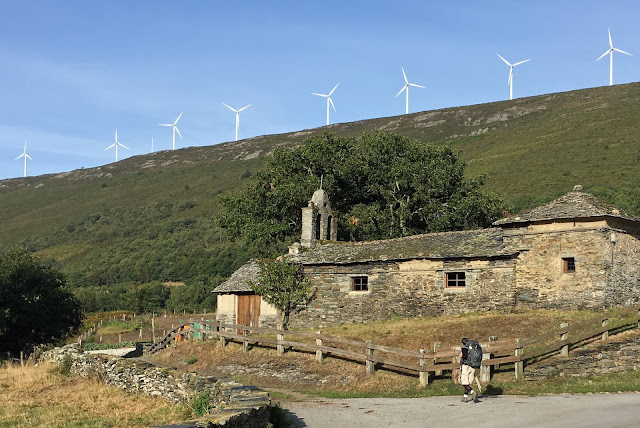 As we walked the Camino de Santiago in Asturias and Galicia, we often found ourselves repeating a line we'd read in somebody's blog: "More windmills? Guess that means we have to climb another big hill ..."

Indeed there are a lot of windmills in Spain, especially in this part of Spain. In 2015, Spain was the fifth largest generator of wind power in the world. On a few blustery days, wind power makes up more than 50 percent of the power the country uses. Wind power even enables the province of Galicia to produce more renewable energy than its own power needs demand. Spain has promised the European Union to achieve 20 percent of all its energy needs by 2020.

The country seemed well on the way to this target a decade ago, through a combination of wind, solar and hydroelectric production. However, since the conservative government of Mariano Rajoy’s Popular Party took power in 2011, green power production has plateaued. Subsidies for clean energy were cut; the government introduced a "sun tax" which penalizes individual private installations of solar panels which might reduce demand for the output sold by commercial power companies.

Under the new rules, these self-reliant consumers will not be able to use products such as the Powerwall battery recently launched by American automotive and energy-storage company Tesla, and will additionally be penalized for the storage systems that come included with the latest generation of solar panels.

... The Spanish government’s attitude is in contrast to other countries, such as Germany, which is encouraging the use of solar panels with batteries.

Government solicitude for the stranded costs of legacy power companies acts as an impediment to clean energy all over the world. David Roberts has recently explored why cheaper batteries are going to blow away the old monopoly electric company profit model despite their political power in the U.S. -- and as soon as 2020.

Rooftop solar can be staved off temporarily with fees and rate tweaks, but as batteries get cheaper, those strategies will stop working. More and customers are going to generate, store, and manage more and more of their own power.

Utilities have got to find other ways to make money, other services to provide, other roles to play in the power system of the future. They have no other choice. 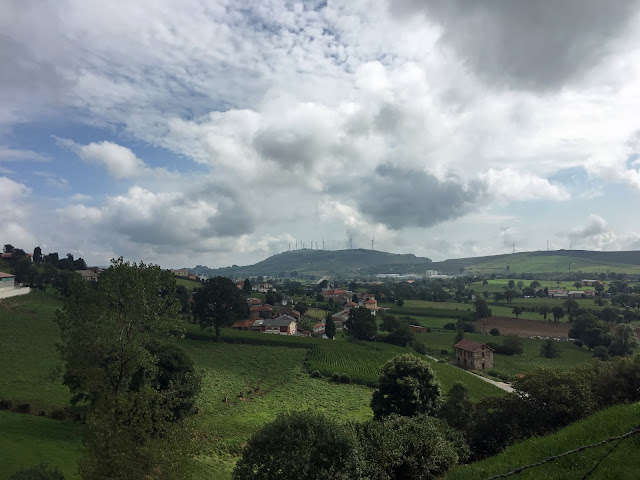 Yet another hill to climb ...
Posted by janinsanfran at 5:00 AM

Interesting to learn about green power production in Spain as I hadn’t realized how much they had been doing. Forces against meaningful change seem to be more prevalent and stronger everywhere than I ever imagined. How much better for all if adaptation was made for the greater good, but I guess that’s too idealistic.