Talking sense:
Maybe it has to be your neighborhood... 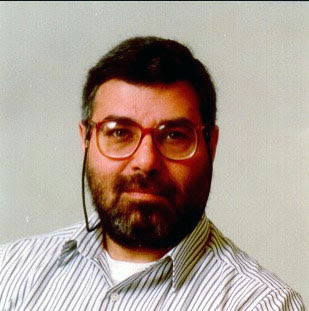 The North Korean precedent is very relevant to the Middle East because the United States is involved in a direct, perhaps escalating, confrontation with several important players in this region, namely Iran, Syria, Hizbullah, Hamas and a series of other Islamist movements that reflect huge segments of public opinion. These are unsavory characters in Washington’s view, and should not be approached other than with ultimatums, threats, sanctions, military moves and the like.

Yet the policy of confrontation, encirclement and attack that the United States has pursued in much of the Middle East seems only to have made this region a more violent and unstable place. ...

Why is the United States capable of rational compromises and large doses of healthy humility in a situation like North Korea, but not in the Middle East? No single issue can explain this. It is probably due to several factors, including powerful Israeli influences on US policy, oil and energy issues, the centrality of American-induced transformation of the Middle East in the neo-conservative agenda that drives Washington -- as well as continued reactions to the trauma of 9/11 and persistent terror fears.

The irony, it would seem, is that the United States could achieve meaningful, lasting progress on all these fronts, and a few others that interest it, if it used an approach similar to the one that has achieved a breakthrough with North Korea. It has nothing to lose, and much to gain. So why does it not do so?

Read all of it.

The horrid likelihood is that our rulers don't want peace; they see peace as a defeat. Peace would be a defeat for their contractor cronies and their militarist fantasies. Only people would benefit.

Posted by janinsanfran at 6:12 PM