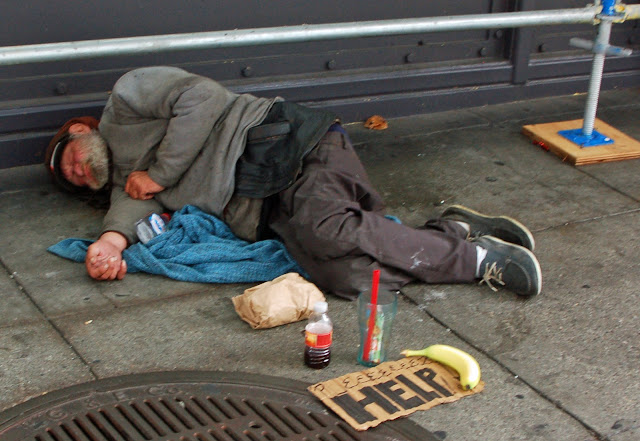 The only reason this doesn't doesn't describe San Francisco is that the city is smaller, both in extent and population.

On average, nearly three homeless people are dying daily in [Los Angeles] county, nearly double the rate of deaths by homicide. Illness, addiction, accidents, suicide and the ravages of being unsheltered are among the primary causes of death.

“We know the research says that people who are what’s called rough sleepers, those who are living on the streets and not in a shelter or a car, are 10 times more likely to die than the regular population,” said Dr. Susan Partovi, citing a study in Boston. Partovi has been administering to homeless people in Los Angeles for years.

The average age of the first 666 homeless people who died in L.A. County as of Aug. 25 was 51, well below the county’s average life expectancy of roughly 80. Homeless people are dying on sidewalks, along riverbeds, and in tents, parks, shelters, vehicles, motels and hospitals.

Substance abuse and heart conditions, sometimes in conjunction, were among the leading causes of death, but no cause had been determined in about 100 of the cases. ...

Those are just the statistics. Click the link for the stories. Steve Lopez is one of U.S. journalism's greats. Somehow he's held on and keeps telling truths at the struggling Los Angeles Times. Read him while you can. 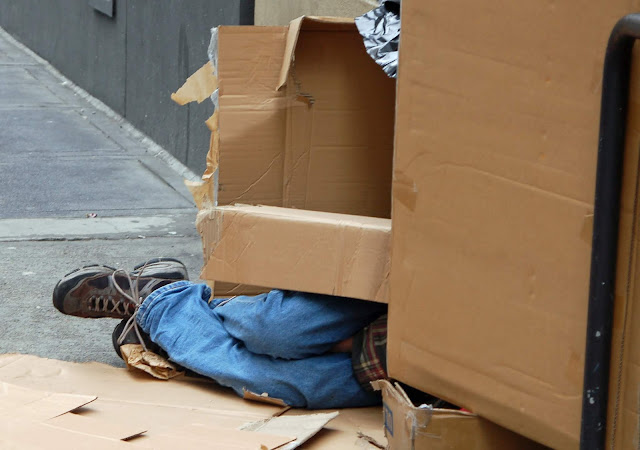