That other existential threat we live under

On this date, it feels right and proper to remember Stanislav Petrov -- an obscure Soviet Russian airforce officer whom most of us can thank for the fact we're alive today.

He was on the overnight shift in the early morning hours of Sept. 26, 1983, when the computers sounded an alarm, indicating that the U.S. had launched five nuclear-armed intercontinental ballistic missiles.

Then as now, in both Russia and in the United States "babysitting" the early warning systems that underlie nuclear powers "deterrent" forces is a surprisingly low prestige job. These guys are central to launching Armageddon, but mostly it is a posting to mind-numbing routine, isolation, and boredom.

But when Stanislav Petrov saw the warning that September night, he had an intuition that something was not right. Tensions with the U.S. were sky-high: the Soviet Union had just blasted a Korean civilian airliner out of the air -- a Congressman was among 269 passengers killed. But the Russian expectation was that any U.S. attack would a monstrous, full scale launch, not just five missiles. 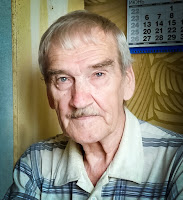 ... we knew that every second of procrastination took away valuable time, that the Soviet Union's military and political leadership needed to be informed without delay. All I had to do was to reach for the phone; to raise the direct line to our top commanders — but I couldn't move. I felt like I was sitting on a hot frying pan."

Petrov sensed something wasn't adding up. ...

After several nerve-jangling minutes, Petrov didn't send the computer warning to his superiors. He checked to see if there had been a computer malfunction.

He had guessed correctly.

"Twenty-three minutes later I realized that nothing had happened," he said in 2013. "If there had been a real strike, then I would already know about it. It was such a relief."

Petrov didn't get a medal for saving the world. Then, as now, military bosses were more embarrassed that their systems didn't work properly than glad about the result. He was reprimanded for failing to fill out his log book properly.

He told his story after the end of the Cold War and died a couple of years ago without much recognition.
...
These days, missile operators wouldn't have 20 minutes to stew. Now incoming nukes can arrive in 7.5 minutes, so Putin and Trump only have that long to decide whether to respond to a warning. For all that has happened since 1983, the two countries still point hundreds of missiles at each other, forces whose firing would at minimum end civilization as we have known it. To keep up on the insane threat that nuclear weapons pose to all of us, I recommend the podcast Press the Button from the Ploughshares Fund. Amazingly, it is quite cheerful, despite its dire subject.
...
In another nuke news development, Foreign Policy reports that in 1979, a U.S. satellite system deployed to help enforce the 1963 Partial (Nuclear) Test Ban Treaty, picked up the telltale signal of a nuclear explosion in the ocean south of Africa. Analysts rapidly concluded the bomb was belonged to the state of Israel. The Carter administration of the time concluded that it didn't want to suffer the domestic political fallout from confirming knowledge of Israeli nukes. So they classified the report and hid it away.

The Carter administration was so afraid to enforce the PTBT against Israel’s 1979 violation that it did what it could to erase or keep hidden evidence of its detection of a test. Subsequent administrations, Republican and Democratic alike, went along with this, and the U.S. government still pretends it knows nothing about any Israeli nuclear weapons.

... What Israel says—or doesn’t say—about its nuclear weapons is its own affair. But the United States should not agree to muzzle itself.

Seems right. Here's another essential threat we ought to be interrogating those aspiring Democratic presidential candidates about. None of their plans mean much if we make a mistake and blow the planet to smithereens.
Posted by janinsanfran at 5:42 AM

Email ThisBlogThis!Share to TwitterShare to FacebookShare to Pinterest
Labels: rumors of war