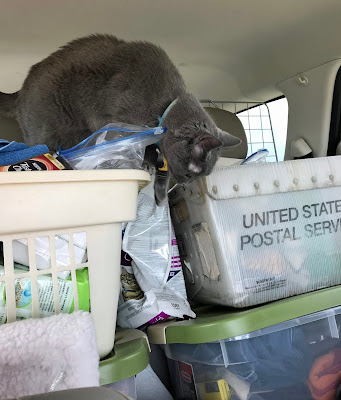 As we barreled across Iowa this morning, suddenly Morty's yowls changed tone. Yup, our boy had figured out how to squeeze over the fence that kept him trapped in his cat jail in the back of Wowser. He wanted to be with his people? In any case, he got a short ride in his cat carrier on E.P.'s lap until we found a hardware store with more fencing. 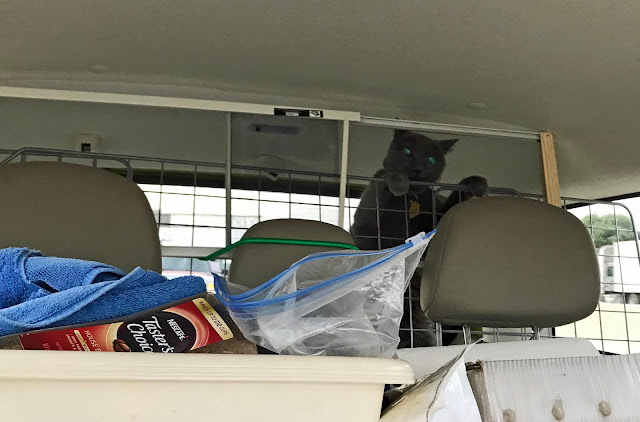 Thereafter, his best climbing never surmounted the new screening. We hope it never will. He protested most of the next 250 miles. 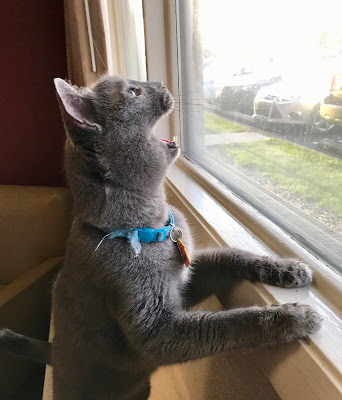 Even after receiving the freedom of our cat friendly motel room, he kept it up. 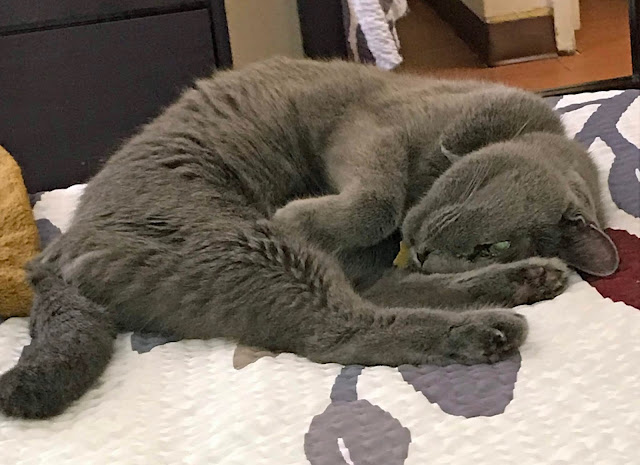 And then, plop! Time for a good nap. 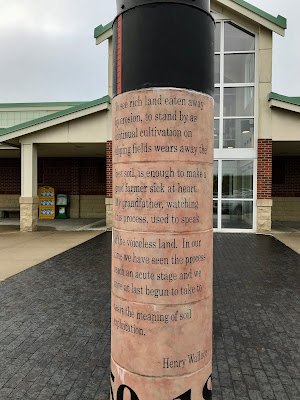 Meanwhile the humans were pleased to encounter this reminder of Henry Wallace at an Iowa highway rest area.

To see rich land eaten away by erosion, to stand by as continual cultivation on sloping fields wears away the best soil, is to make a good farmer sick at heart. My grandfather, watching this process, used to speak of the voiceless land. In our time we have seen the process reach an acute stage and we have at last begun to take to heart the meaning of soil exploitation.

Wallace, an Iowa populist, was Franklin Delano Roosevelt's New Deal-era agriculture secretary, vice-president during World War II from 1941-1945, and would have succeeded the dying Roosevelt in April 1945 had conservatives not persuaded FDR to replace him with Harry Truman. What a different country this might have been if FDR had been followed in office by an agrarian populist; GOPers thought Wallace was a communist, naturally. A speech Wallace delivered in 1942 inspired Aaron Copland to compose Fanfare for the Common Man.
Posted by janinsanfran at 5:00 AM