As a child, I collected postage stamps -- so I care 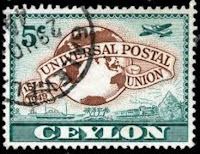 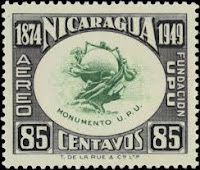 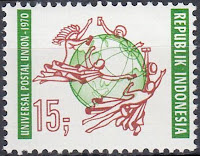 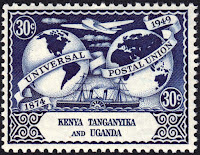 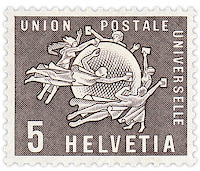 Among the atrocities of the Trump regime, its announced intent to withdraw the United States from the Universal Postal Union (UPU) in October seems a minor foible. But I find the symbolism in this bullying, heavy-handed repudiation of a well-functioning international agreement upsetting.

The UPU accord is what makes it possible for snail mail and packages to seamlessly cross the globe, integrated with the postal systems of 192 countries -- just about all the countries there are. It's an amazing survivor of global upheaval -- and something the United States has been in on since its origins. From Wikipedia:

Prior to the establishment of the UPU, each country had to prepare a separate postal treaty with other nations if it wished to carry international mail to or from them. In some cases, senders would have to calculate postage for each leg of a journey, and find mail forwarders in a third country if there was no direct delivery. To remove this complexity, the United States called for an International Postal Congress in 1863. ... The UPU was created in 1874, initially under the name "General Postal Union"... Four years later, the name was changed to "Universal Postal Union".

... One of the most important results of the UPU Treaty was that it ceased to be necessary, as it often had been previously, to affix the stamps of any country through which one's letter or package would pass in transit. The UPU provides that stamps of member nations are accepted for the entire international route.

The UPU set the rules for international mail: a uniform rate to send a letter anywhere in the world; foreign mail should receive equal treatment with domestic mail; and each country's postal system would retain payments it took in for international postage.

It's a truism that trade and travel were more globalized before World War I than until the 1990s. But through carnage and upheaval, the birth and death of nations, and vast technological changes, the UPU survived the 20th century; postal systems continued to deliver the mail. In the late 1940s, the UPU became part of the United Nations.

So, why is the Trump administration threatening to throw us back into the mid-1800s, forced to negotiate separate individual agreements with every country in the world if commerce and communication by mail are to continue? Yes, there are inequities in the system as it has evolved. The current rates for packages were set in 1969 when China was a developing country, not an e-commerce powerhouse. Mail from China and many other countries is cheaper than the equivalent rates shippers in the United States pay.

But grown up countries don't threaten to take their marbles, kick over the game, and go home when they think fairness requires renegotiation of the rules. That's especially true when the game benefits even the players who are protesting unfairness.

Peter Yeo of the UN Foundation writing at The Hill explains:

UPU’s work is invisible to most Americans, and that’s probably as it should be. The effects of withdrawing however, could spark a very visible chaos that turns ordinary business transactions into ordeals, and shreds the bottom line of small business owners and entrepreneurs across the country. ...

The American e-commerce giant eBay stated that “small businesses that sell online to customers around the world could see service disruptions and dramatically increased costs for shipping through the US Postal Service.”  All this is happening as the U.S. Postal Service approaches “peak season,” when mailers and shippers are operating at capacity to fulfill orders and meet holiday deadlines.

Anticipated harms from withdrawal would include undermining the international system through which the U.S. monitors packages suspected of bringing opioids into the country and might impede mailings of absentee ballots to U.S. citizens voting from abroad. In short -- more idiotic smashing of what doesn't need to be broken.

Nowadays, we more often collect stamps in our passports than from mailed letters. (And under the Schengen system, Europeans have foregone even the passport stamps.) But those international postal stamps played (and still play) a good role in alerting isolated Americans to the existence of a big world.

Mr. Trump behaves like a petulant infant as a grown man -- was he ever capable of wide-eyed wonder at the expanse of the world as child? Seems unlikely.

Okay, I'll revert to not thinking about Trump. Better to work to shove him off the stage.

UPDATE: On September 25 U.S. negotiators reached a deal to keep the UPU intact, while raising rates for delivery of Chinese packages. Why are I surprised when a U.S. trade deal actually is finalized? There haven't been many under this bombastic administration.
Posted by janinsanfran at 6:30 AM