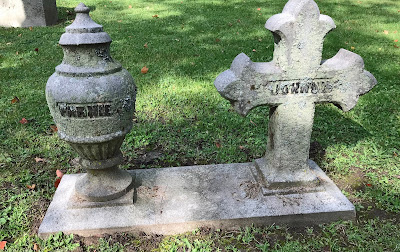 Rushing across the country last week, our route led by Buffalo, so we detoured just long enough to visit my family's burial plot there. My long deceased mother would be glad to know that it seemed well kept up, even though none the family's branches remain in the area. 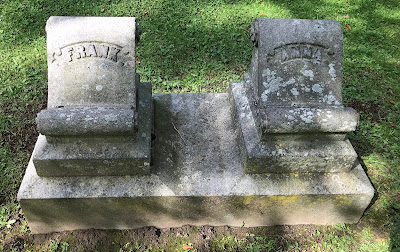 I was struck, as I have been before, by how very many of the gravestones mark the remains of people who were NOT my ancestors. They were infants and toddlers, so beloved by their parents that they added the children to their own quite magnificent memorials. 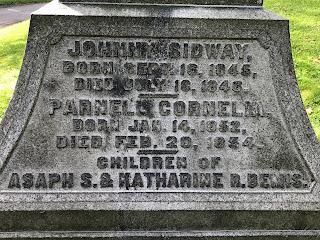 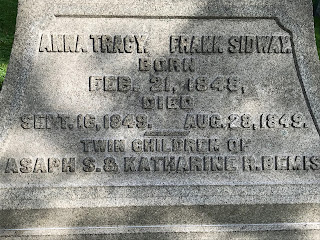 My own mother had two siblings who died in infancy, fifty years after those Bemis children. Their names are on the great stone block erected as a memorial for my mother's parents (my grandparents.) 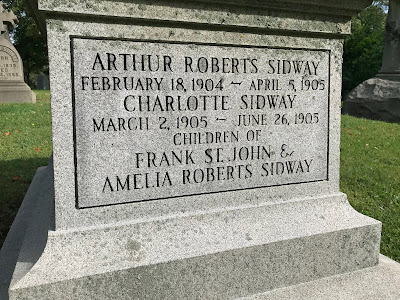 It was a very different time, though only a little over 100 years ago. Death had a different presence for these people.
...
The prolific historian of religion Philip Jenkins writes in The Decline of Death about how more secure lives, as well as longer ones, have changed religion and society. These days, we can often ignore our remote awareness that death is an inevitable part of life. We don't see much death around us. If children seldom die in infancy and mothers usually survive child birth, even for religious Christians, baptism can be postponed and individually chosen rather than quickly routine. Marriage and childbirth too can be postponed until individuals attain some economic and psychic stability. If they are comfortably off, their children will probably live into adulthood. Death is associated almost entirely with old age and usually takes place outside of homes, often in medical facilities.

The primary duties of religious professionals -- clergy, whatever their titles -- could once be summarized as getting their flocks “hatched, matched and dispatched.” But as death receded in immediacy in wealthy modern societies, religious institutions either wither or find new expressions of old truths.

Between them, weddings, baptisms, and funerals represented a very sizable part of what clergy did. When we remove “dispatched” from the package, we not only excise a major share of clergy time, but a very significant element of their whole raison d’etre. An increasingly indifferent public no longer saw any necessity to involve the church at any point in their lives or family arrangements. The modern “decline of death” contributed powerfully to that trend.

A society’s degree of awareness of death – or its ignorance – is a powerful variable in determining its religious orientation. By this standard, late twentieth century Europe represented a startling new world, and a far more secular one.

Or as a more general principle for research: never try to understand religion – anywhere, anywhen – without paying full attention to death and dying.

If any of this arouses curiosity, you might find the entire short article insightful.

Posted by janinsanfran at 1:35 PM