Morty is going on a long trip. Perhaps not his longest adventure -- after all we flew him in from New York City in 2012 and before that his previous human brought him from Israel. But certainly his longest road trip. This weekend we're driving off across the country to hole up on Martha's Vineyard Island for a few months while Erudite Partner writes a book. And Morty is coming along.

You see, we just decided we can't ask our friends and house-sitters, once again, to take care of the old boy for several months. So we're taking him this time.

We believe in being prepared for adventures. So we borrowed a large dog box/cat jail from a generous and well equipped friend. We encouraged him to explore it in our living room. He seemed to like it. 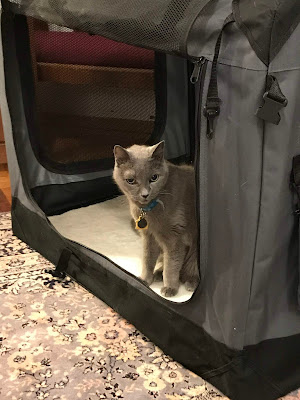 Then last week we loaded him up for an overnight at a pet friendly motel two hours away. 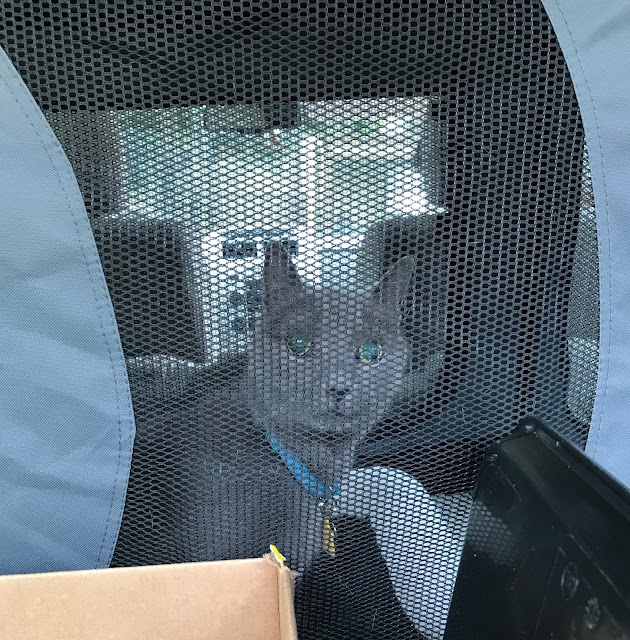 That went fine -- except for the shitting in his bed and vomiting part. We concluded it's too much to ask that he be shut up without access to his litter box while driving. 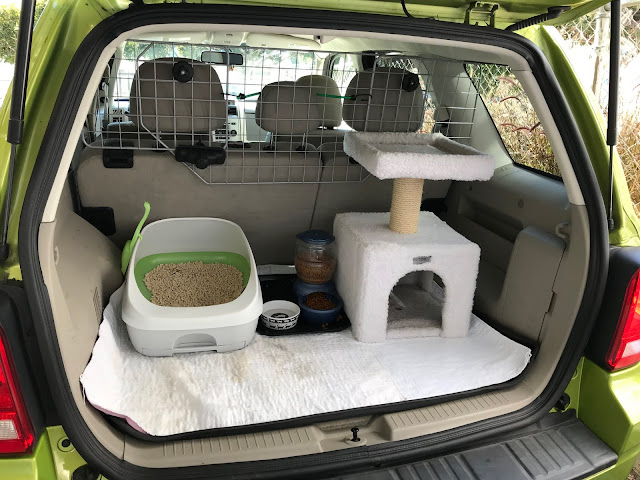 So ... we've converted the back of faithful Wowser (the green Escape SUV) to a cat palace. 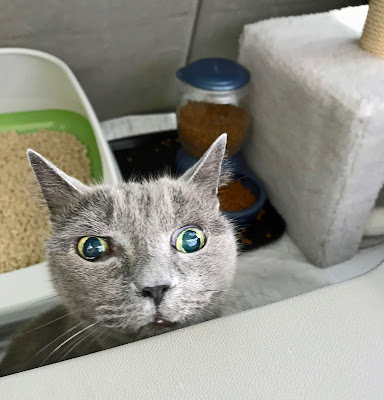 He didn't take to it happily. We suspect he's shouting "I want my lawyer!" 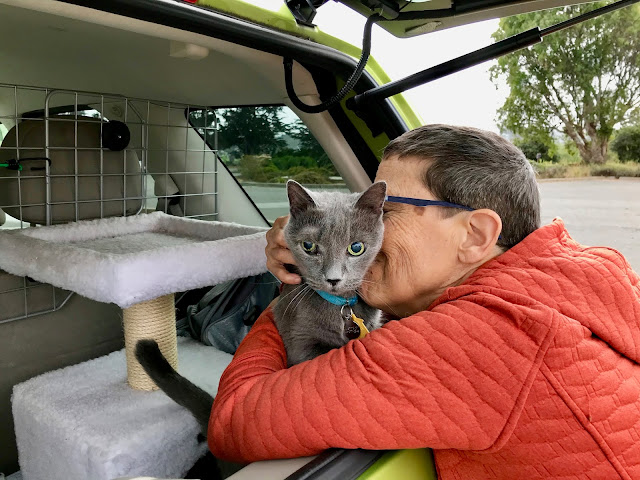 We tried a short drive. He never stopped saying something ... we're not sure what, but it was plaintive. He did let himself be cuddled at a rest stop.

We'll all be on the road most of next week. Blogging may be light. To be continued ...
Posted by janinsanfran at 6:30 AM

Email ThisBlogThis!Share to TwitterShare to FacebookShare to Pinterest
Labels: Morty

Hang onto him tight so he doesn't make a break for it. Hope your sojourn is good for all of you.