A little Cassandra-ing of my own: war with China? 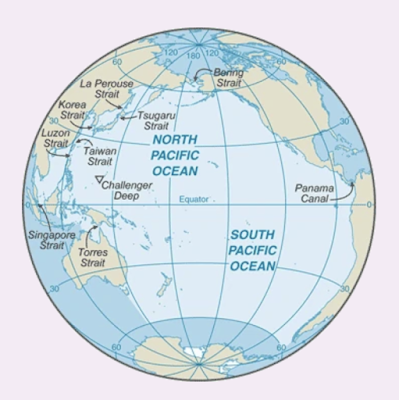 Every obituary for recently deceased General Colin Powell leads with his recognition that, at the pinnacle of a stellar career, he lent his prestige to the catastrophe which was the U.S. invasion of Iraq.  He called his war advocacy "a blot" which "will always be part of my record." Indeed.

A whole lot of U.S. foreign policy sages (and old guys who play them on TV) seem to be seeking resurrection after the War on Terror's collapse by once again looking abroad for "monsters to destroy."

And this time, if they don't manage to conduct some deft diplomacy, they could very well lead us into mass casualties and even a nuclear exchange -- as well as losing the war.

Journalist Peter Beinart was a sucker for the Iraq war, but he's not going there again. He warns against a developing bipartisan call for the U.S. to declare our willingness to fight to preserve the independence of Taiwan from China as crazy dangerous.

Since the 20th anniversary of 9/11, I’ve often wondered how much US foreign policymakers have learned from the disasters in Afghanistan and Iraq. This week offered fresh evidence that, when it comes to US policy toward China, the answer is: not nearly enough.

In the months before America overthrew Saddam Hussein’s government, America’s leaders recklessly downplayed the war’s potential costs. ... Prominent figures, including prominent Democrats, are doing the same thing today. They’re downplaying the potential costs of an even more dangerous war, this time over Taiwan. ...

Representative Elaine Luria ... wants to proactively give Biden, and all future presidents ... [authority for] war with China over Taiwan.

What might such a war entail? For one thing, the US would likely lose. As Fareed Zakaria has noted, “The Pentagon has reportedly enacted 18 war games against China over Taiwan, and China has prevailed in every one.” ... The US could lose as many troops in the first few days of a war over Taiwan as it lost in the entirety of the Afghan and Iraq Wars. There’s also a genuine risk of nuclear war. ...

As was true after 9/11, the U.S. is profoundly ignorant of the passions that our big-footing about in someone else's complex historical context could (and does) evoke. China is an emerging military and economic superpower, the equal to anything we've got, in the grip of intense nationalism. To the great advantage of its current authoritarian leader, masses of Chinese appear to be very ready to subsume any domestic grievances to repudiate the "century of humiliation," the exploitative encounter with the West -- that means us. Chinese genuinely consider Taiwan merely a secessionist province, a relic of the Chinese civil war of the late 1940s, which should rightly be reabsorbed by the mainland.

Here's the best I can do for an analogy: Think how we'd react if a bunch of right wingers forcibly took over the state of Hawaii, repressed the present Hawaiian population, and then thumbed their noses at the U.S. mainland. And if, from across the Pacific Ocean, China backed up the wingers now ruling Hawaii. I suspect we'd have feelings.

A significant difference is that Taiwan is only 100 miles from the Chinese mainland, not 2500 miles.

And another difference is that the Taiwanese managed to claw their way to building their own vibrant economy and an enviable liberal democratic state since breaking off from the mainland. Modern Taiwan is a success for that rule-of-law idea we claim to aspire to. This seems to be a desirable outcome to most Taiwanese. China, on the other hand, seems to be getting more oppressive by the day. If mainland China gets its way, Taiwan would go the way of Hong Kong, its freedoms eviscerated and its distinctiveness erased.

Former U.S. foreign service officer Chas Freeman, who happened to be serving as an interpreter on President Nixon's ground-breaking trip to China, offers his nuanced account of the tangled U.S. commitments and interests in Taiwan and China in the linked article. We have not been sure-footed and if we are to avoid war, we will need to be. And Taiwan looks to be in very rough seas.

Beinart begs for more U.S. sophistication before we let our leaders take us into another "dumb war, a rash war."

... through many Afghan or Chinese eyes, the US doesn’t look like a champion of freedom at all. It looks like the most recent foreign power seeking to violently subjugate their nation.

In official Washington, in fact, the legacy of Western imperialism is even more absent from discussions of China than from discussions of Afghanistan, where people at least occasionally trot out cliches about the Hindu Kush being a “graveyard of empire.”

... But without discussing China’s “century of humiliation” at the hands of Britain, France, Japan and yes, the US—which dated from roughly the First Opium War in 1839 until the end of the Chinese civil war in the late 1940s—it’s hard to understand why the CCP can convince many of its constituents that America’s rhetoric about democracy, economic fairness, and the “rules-based order” is a smokescreen for its efforts to keep China subservient and divided. “Every schoolchild in China and every educated Chinese person knows about the ‘century of humiliation,’” the historian Stephen R. Platt told The New York Times a couple of years ago. Has a top Biden administration official ever publicly used the phrase?

So here we are again. Are the people of the U.S. ready to be led into a war on the other side of the Pacific in circumstances about which most of us know exactly nothing?

We have built up some resistance. By 2008, most of us knew Iraq and probably Afghanistan were futile adventures, more crimes than mistakes. So we elected Obama and discovered how little power politicians have to overcome the inertia of wars once they get underway. (Kudos to Joe Biden for cutting the cord on Afghanistan.)

But as was true after a similar popular evolution from jingoism to revulsion about the Vietnam war, enough time has passed so we're looking inward, not outward. Once again, our leaders threaten to get us embroiled in a context about which we are ignorant. Once again, as in 2001, there's no popular organized mass peace movement. Maybe we could start early this time -- inform ourselves as best we can -- and let the powers-that-be know we want them to navigate these shoals without war!

Posted by janinsanfran at 1:08 PM

I’d like to take a moment to acknowledge the considerable criticism we received last week from viewers over comments that I made during an interview segment on U.S.-China conflict over Taiwan. In the prelude to a question, I remarked that Taiwan is an integral part of China and always has been, and while Taiwan was indeed a province of China for hundreds of years during the Imperial Era, it is also true that a vibrant movement for Taiwanese self-determination and democracy has long existed, one that’s independent of great power conflicts. My apologies to the supporters of that movement for failing to recognize that reality. And next time we discuss Taiwan, we’ll be sure to invite experts that can more fully delve into that history.