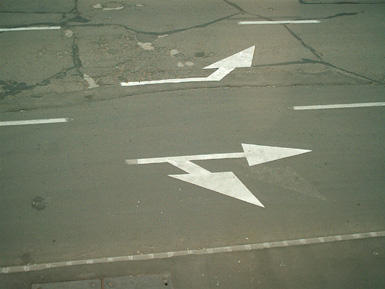 Bush failed to charm EU, says survey -- UK GUARDIAN
These two headlines refer about the same poll, conducted by the German Marshall Fund of the US. From the first article:

The report compiles polling data from the United States, Britain, France, Germany, Italy, the Netherlands, Poland, Portugal, Slovakia, Spain and Turkey, which straddles the Asian and European continents and aspires to join the EU. Pollsters questioned about 1,000 men and women in each country and identified a margin of error of plus or minus 3 percentage points.

The questions were designed to take the "temperature" of the transatlantic relationship. If Europe and the U.S. were a married couple, the findings suggest that divorce is not imminent, but aggressive counseling would be a good idea.

For this LA Times writer, what is important is that a strong majority of Europeans want to promote democracy around the world. (More want this than in the US in fact, if you dig into the text.) The article identifies a policy of "promoting democracy" as the centerpiece of President Bush's foreign policy, then seems bemused that "a majority of Europeans remain hostile to American global dominance and President Bush in particular."

In the UK Guardian, the poll demonstrates that President Bush did not win European peoples with his charm offensive in early July. Seventy-seven percent of those polled think relations across the Atlantic have stayed the same or gotten worse since Bush's re-election.

Maybe an amicable separation, rather than counseling?
Posted by janinsanfran at 11:02 PM

Email ThisBlogThis!Share to TwitterShare to FacebookShare to Pinterest
Labels: empire