Signs of the season:
Who has momentum in Montana?

(This fall I'm doing a series on campaign signs. Part one and part two.)

In Billings, Montana this week, another sign (not shown) half a block away advertised this as one party's headquarters: 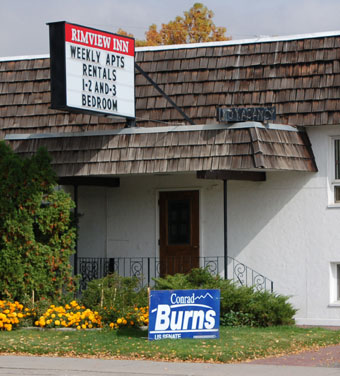 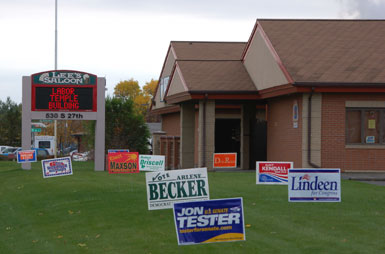 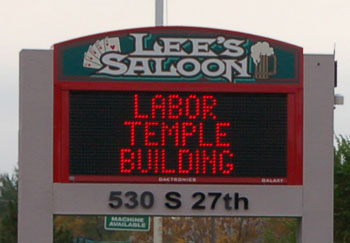 That's right. The Democratic headquarters is a labor union hall where you can also stop in for cold refreshment -- a pleasant place, though smoky.

Some of the Democratic signs were noteworthy in their own right: 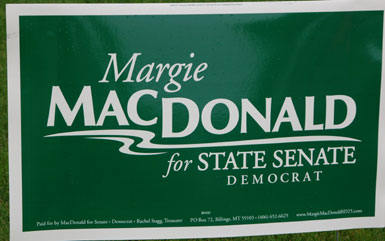 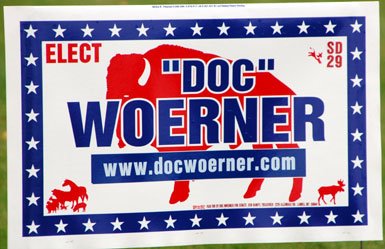 This one seems to be going after the patriotic ungulate vote. 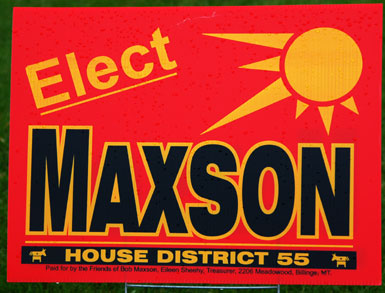 This one certainly passes the eye-catching bar, though it can't be called informative. I bet that supporters enjoy displaying it. 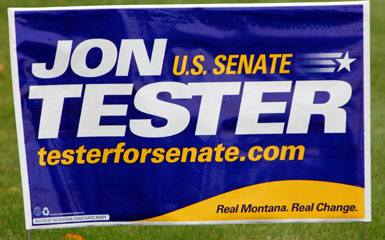 John Tester, the candidate of the hour, follows a trend in highlighting his web site. His party allegiance is there in a corner, but not front and center.

The sign farm concept itself is very effective. Anyone passing through downtown Billings will note this display.
Posted by janinsanfran at 4:41 PM