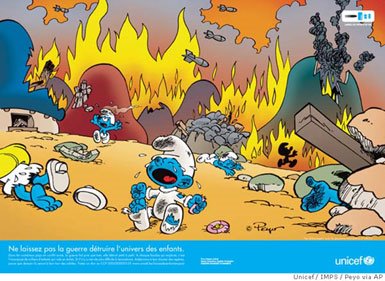 When I was a child in the late 1950s I attended a summer camp deep in the New England woods. The people who ran this oasis of privilege were descendants of Protestant missionaries who had carried their Gospel far and wide to people they probably called "heathen" and whom we might call "citizens of the less developed world." Happily, that experience of life outside the United States, instead of teaching them to feel superior, actually made them unusually aware that we, here, had much to learn from people who lived in other countries. The camp leadership always made sure there were foreign campers and counselors in residence.

One year we had a Japanese counselor, a shy and barely English speaking woman. She was a good friend to some of the shy campers. We also had the usual collection of home grown counselors, many of them boisterous college students enjoying a summer break. One of the latter got a surprise visit from her boyfriend -- an aspiring pilot, he buzzed the camp in a small plane.

As the biplane swung past, campers squealed in delight -- but then we heard screams of a different sort, cries of a kind of terror none of us had known. Our Japanese friend ran from her tent and plunged under the nearest building, out of her mind with fear. She lay there, white and shaking, refusing to come out for hours.

What did we know about growing up under bombs, under incendiary raids?

It is not major news in U.S. media, but Israeli jets are still buzzing the Lebanese towns upon which they rained bombs last summer. According to the Israeli newspaper Haaretz,

The planes conducted mock raids over much of southern Lebanon, Reuters reported, and residents saw them flying low over the capital Beirut, but neither Hezbollah nor the Lebanese army fired anti-aircraft rounds at them as they have done in previous years.

Israeli jets have routinely flown over Lebanon since the 34-day war.... The Lebanese government and the UN say the overflights, which Israel had continued to conduct after it ended its 22-year presence in south Lebanon in 2000, violate both the latest truce and the terms of Israel's earlier pullout.

It has also come out in the last few days that Israel used white phosphorous weapons during the war.

White phosphorous is a translucent wax-like substance with a pungent smell that, once ignited, creates intense heat and smoke. ...

In addition to the toxicity of the smoke, burning fragments can stick to the skin and clothing to cause severe burns, and fragments of phosphorous can become buried in wounds.

Of course, the use of such weapons is not news to those upon whom they fall. It is the rest of us who are kept in the dark about what our militaries are doing. Israel is not alone in using this vicious substance; the U.S. also used it in Iraq.
Posted by janinsanfran at 11:55 AM

This is the same type of reaction C's parents had to the planes crashing into the World Trade Center. It brought up their childhood memories of the bombing in Germany. This stuff scars for life, and we don't seem to put a lot of effort into healing and recovery from warfare.