A rally in support of women needing asylum 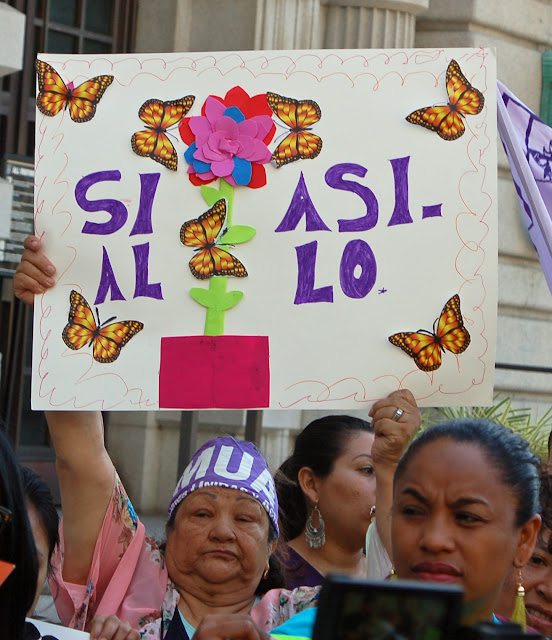 One of the Trump administration's most gratuitous cruelties toward migrants from south of the border has been to change the rules so that suffering domestic violence is no longer grounds to flee to the United States. Just because your partner has tried to kill you is no reason to let you into this country these days.

One year ago, Jeff Sessions (then Attorney General) ruled in the case of Ms. A.B., a woman from El Salvador who bravely sought protection in the United States after enduring over a decade of extreme physical, sexual, and emotional abuse from her ex-husband in El Salvador.

In his ruling - known as “Matter of A-B-” - Sessions overturned a landmark legal precedent that had affirmed the right of domestic violence survivors to seek asylum, characterizing these harms as “private” matters that our government does not have a responsibility to address. He used Ms. A.B.’s case to undermine access to protection for countless asylum seekers fleeing gender-based violence and other harms.

The women of Mujeres Unidas y Activas gathered along with over 20 partner organizations outside the San Francisco federal courthouse on Tuesday. 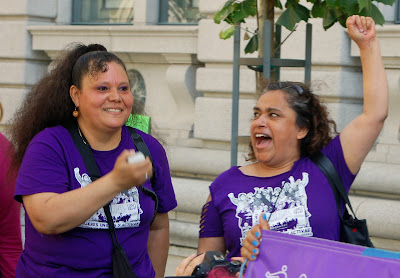 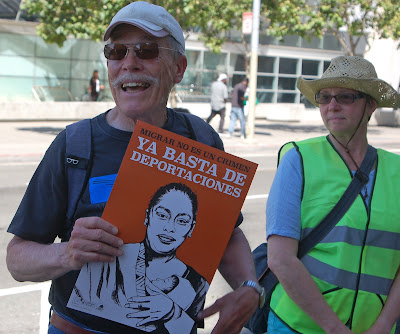 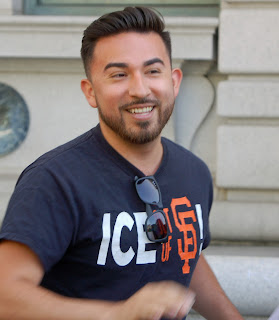 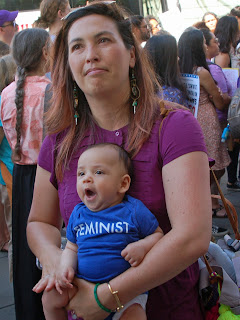 and were glad to demonstrate, once again, they have friends.
Posted by janinsanfran at 7:00 AM