A techno-optimist take on the disinformation explosion 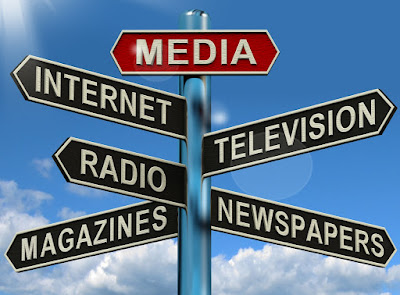 One day I read that our overwhelming internet-obsessed culture is upending community ties or even undermining civilization. The next day I find myself in discussions of whether political campaigns' manipulation of our oh-so-fully-mined personal data -- think not only Facebook, but also Cambridge Analytica -- is sabotaging democracy. And then there are "fake news," and multiplying conspiracy theories, and "deep fakes," and inflammatory bots to worry about.

And then I remember a little history. In the 15th century, the strand of human civilization which Europeans imported to the Americas and from which this country springs underwent a technological disruption no less gargantuan than that we're experiencing driven by global cyber technology. The combination of the movable type printing press, access to ancient languages and learning imported from the Islamic east, and translation of the Bible into local languages broke up Christendom. The Protestant Reformation was literally revolutionary; over time all this made possible both capitalism and the envisioning of an individual possessed of "human rights". All these changes spread like wildfire across Europe, a continent then without borders as the nation-state had not yet been invented; that too was another product of the underlying technological revolution.

Quite a lot to follow on what seems a pretty simple invention, isn't it? And it's worth recalling that the civilization that sprang from it led also to a string of human atrocities -- most immediately the Thirty Years War which rivaled in barbarism the European wars of the 20th century, mercantile imperialism and the slave trade, and the horrors of unconstrained industrialization.

All of which I remember when I hear predictions of technological doom: the human animal has concocted, survived (barely), and thrived on technological invention before -- and probably will do the same in the global cyber-civilization.

I say to myself: we're clever beasts -- we'll figure it out.

All this is introduction to a fascinating article which describes how journalists, pooling tech-sourced information, have figured out how to make visible what bureaucrats and tyrants would prefer to hide:

Financial constraints have led many news organizations to downsize, leaving large gaps in foreign coverage and hollowing out investigative reporting. State and non-state actors that used to court foreign correspondents in the hopes of favorable coverage are now using the Internet to control their own narratives. Many see journalists as a nuisance or a threat. Social media chatter from foreign crises reaches audiences before it has been verified or contextualized. The pace and volume of this deluge have persuaded some newsrooms that sending journalists abroad is a fool’s errand.

With public trust in facts receding, competing narratives have come to dominate. News coverage has devolved, on one hand, into partisan hackery and, on the other, into a forced balance of “both-sides-ism.” Amid all this disarray, open-source journalism is restoring the primacy of facts and placing new emphasis on verification. It is also using digital media to cover parts of the world made inaccessible by war or distance.

... Part of open-source journalism’s new-found cachet comes from its methodological sophistication, but much of its credibility derives from its transparency. ... This is the closest that journalism has come to a scientific method: the transparency allows the process to be replicated, the underlying data to be examined, and the conclusions to be tested by others. This is worlds apart from the journalism of assertion that demands trust in expert authority.

Muhammad Idrees Ahmad explains exhaustively how the successes of these tech-enabled open source collaborations spawned the organization Bellingcat which in turn penetrated the fog of war to bring truthful news from suffering Syria and many other hidden stories.

Just maybe, the same disruptive technologies that so enable "fake news" can be used to reestablish the authority of facts. Certainly smart journalists are trying. Just maybe, we'll figure it out.

UPDATE:  Elliot Higgins whose work is described in this article evaluated U.S. evidentiary claims of Iranian attacks on Gulf of Oman shipping in the NY Times. You can follow his method yourself in the day's news.
Posted by janinsanfran at 7:37 AM

Certainly worth remembering how print upended the world long ago. Finding facts/truth is truly challenging now for many as some seem to want to foster confusion.