Warming Wednesdays: Enjoy that latte while you can 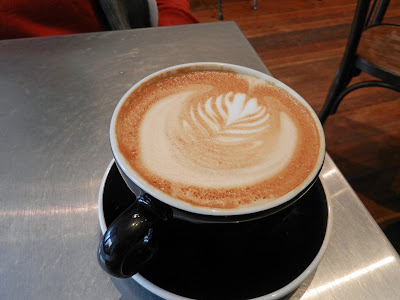 Our warming world apparently is on the way to devastating the business of growing high quality coffees.

You can see [this] clearly in a place like Costa Rica. This Central American nation began exporting coffee in the 1830s, and coffee has played a central role in the nation’s history and economic development ever since. In 2008, coffee was Costa Rica’s third-largest export, valued at more than $300 million annually. Since 2000, however, warming temperatures, a growing number of extreme rainfall events, and volatility in world coffee prices have contributed to a 44 percent plunge in Costa Rican coffee production.

Scientists know that average temperatures in Costa Rica have been rising over the past century. They also know that the Arabica coffee plant’s preferred temperature range is fairly narrow: between 64 and 71° F (18 to 22° C). Both yield and quality decline above that range. Above 93° F (34° C), little photosynthesis takes place within the coffee plant. In Costa Rica, since the 1970s, however, the number of warm days has risen about 2.5 percent per decade. Arabica coffee plants are also highly sensitive to intense rainfall. Scientists know that extreme rainfall events have become more common in Costa Rica, and have been accounting for more of the nation’s total rainfall since the 1960s.

Another devastating factor is that warmer temperatures foster the expansion of the range of one of the most destructive coffee pests in the world: the coffee berry borer. These beetles bore into coffee berries to lay their eggs. The hatched larvae feed on the berry seeds, reducing the yield and quality of the crops. Before 2000, the coffee berry borer was not present in Costa Rica. But, over the past decade as temperatures have risen, pest has come to infest a growing proportion of the nation’s coffee plantations.

Having seen the importance of coffee to the peasant economies of Central America, this makes me wonder what happens to all the rural families whose annual cash earnings are dependent on the coffee harvest. Yet more trouble ahead, felt most by the poorest among us.

Despite every other legitimate concern, we cannot ignore that our economic and social system is rapidly making the planet less habitable. So I will be posting "Warming Wednesdays" -- unpleasant reminders of an inconvenient truth.
Posted by janinsanfran at 6:41 AM

Hmmmmm . . . so that's why even plain old Maxwell house has gotten so expensive!!!!!