Not something I'm happy about ... 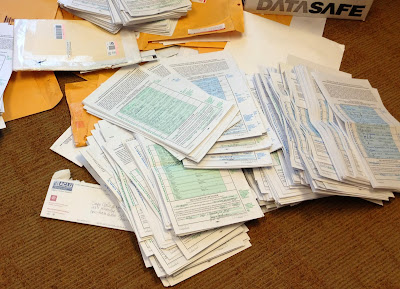 We're getting a present from Jerry Brown.

The number of signatures required to put an initiative on the California state ballot looks to drop by hundreds of thousands in 2016. That's because the state constitution calls for valid signatures amounting to 8 percent of the gubernatorial ballots cast in the previous election to put on a constitutional amendment and 5 percent for a mere statute.

John Myers of KQED points out that, with Jerry's waltz over a hapless challenger in 2014, participation in the race was way down. it is likely that it will become possible to qualify a ballot measure with a mere 325,000 signatures as opposed to slightly over 500,000 in the last cycle.

This is about money. Ballot petitions are gathered by companies that specialize in hiring canvassers for the job of collecting the signatures. When time is short or the measure hard to sell, the companies pay the workers up to $2 a name or more. Run of the mill propositions pay less. People are employed ... niche enterprises make a profit ... and voters get a long ballot. As a rough rule of thumb, the previous threshold for qualifying a measure meant that it took at least $1 million to qualify a statute and much more to qualify a constitutional amendment.

It is likely to be more attractive to both billionaires with an axe to grind and to grassroots groups with an idea to go to the ballot, as it just got cheaper. Our ballots will be longer and likely more off-putting than ever.

But hey -- how about an initiative to make Election Day a state holiday, perhaps coupled with same day registration and incentives to vote? Now that would be a useful contribution to popular democracy.

Posted by janinsanfran at 9:50 AM

Let's do it, the state holiday and same-day registration ballot initiative, I mean. And without paid signatures.