Sending a message; throwing down a challenge 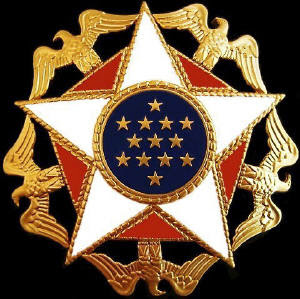 After an election won, in some part, through successful Republican efforts to prevent African Americans, Latinos, poor people and young people from voting, this seems a statement.

President Barack Obama announced 19 recipients Monday of the Presidential Medal of Freedom, including three civil rights workers killed by the KKK in Mississippi in 1964.

... The medal will be awarded on Nov. 24 to the families of James Chaney, Andrew Goodman and Michael Schwerner, who were killed on June 21, 1964, near Philadelphia, Mississippi.
Clarion Ledger, Jackson, MS

Chaney, Goodman and Schwerner were murdered while organizing black citizens to vote in the town of Philadelphia in Neshoba County, Mississippi.

The murders were among the most notorious in American history. They constituted Neshoba County’s primary claim to fame when Reagan won the Republican Party’s nomination for president in 1980. The case was still a festering sore at that time. Some of the conspirators were still being protected by the local community. And white supremacy was still the order of the day.

That was the atmosphere and that was the place that Reagan chose as the first stop in his general election campaign. The campaign debuted at the Neshoba County Fair in front of a white and, at times, raucous crowd of perhaps 10,000, chanting: “We want Reagan! We want Reagan!”

... Everybody watching the 1980 campaign knew what Reagan was signaling at the fair. Whites and blacks, Democrats and Republicans — they all knew. The news media knew. The race haters and the people appalled by racial hatred knew. And Reagan knew.

The current President undoubtedly knows he is making a statement for our times by including the murdered civil rights workers among the medal recipients.
Posted by janinsanfran at 5:00 AM