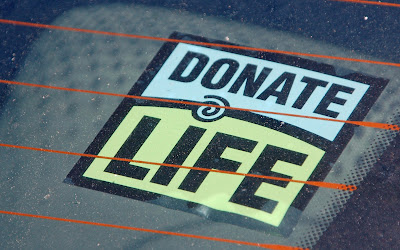 In Kansas City, Missouri, there's a blogger who calls herself "Blue Girl." Blue Girl is seriously pissed off with the dickheads who released a heavily edited video of a Planned Parenthood doctor discussing how to transmit donated fetal tissue to research facilities. She used to work in just such a lab and she has lived what she is writing about.

The morgue is downstairs, connected by tube and elevator.

So we do the autopsies.

Sometimes, that autopsy is on a stillbirth, and sometimes it's on a neonate that was born alive but didn't survive.

Those are the really quiet ones.

We have in front of us a perfectly healthy full-term infant.  Except it's dead.

... I have stood at that table and searched for the elusive cause of death to give a family grieving the greatest loss imaginable an answer to the question they must have an answer to. "Why me? Why my baby? Why???"

... The causes of fetal demise are varied, but that doesn't matter to the family going through the loss. To them, no one has ever hurt this bad, felt this much pain, been this mad at God...

And that is what pisses me off so bad about the latest attack video on Planned Parenthood.

And guess what, pro-lifers? If you get the fuck out of the way and stop playing "gotcha" and setting up front groups with no other purpose than to entrap a Planned Parenthood (only 3% of their work is abortions) official discussing a topic that is inherently unpleasant on hidden camera so they can heavily edit the footage, research can happen and less wanted children will die. These people are so monomaniacally stupid it makes me want to scream.

Let's talk about organ transplants for a second.  Everyone knows someone who got a new-to-them-organ.  That is really icky if you think about it...taking organs out of one dead person and putting them in several other live ones, and I bet most pro-lifers check the box on their license anyway. Well, guess what? if we harvest a heart in KC that goes to Denver and two kidneys that go to Des Moines and Wichita and corneas that go across town to KU Med and a liver that goes to someone here in town at another hospital, part of that processing includes a shipping and handling fee. I'm trained in this shit, you don't get the butcher from Hy-Vee to process organs for shipment.

I know what the doctor was talking about is a topic that makes people uncomfortable, and makes people squirm, but the tissue and organs she talked about preserving as doomed fetuses were aborted were shipped to labs -- much like, hell, EXACTLY like -- the one I used to work in, those tissue samples, those intact defective organs, allow for medical advances in the fields of perinatology and neonatology, and those advances mean the pathologist and the technologist have a lot fewer opportunities to clasp hands and say a silent prayer before beginning an autopsy on a stillbirth or a dead neonate.

As Blue Girl says -- do read it all -- the practice of medicine is ICKY! But all that icky stuff saves lives. Having just seen a friend brought back to life by a donated kidney from a grieving family, I'm touchy about this.

H/t Ed Kilgore.
Posted by janinsanfran at 5:00 AM