Sadness and determination in wake of murder 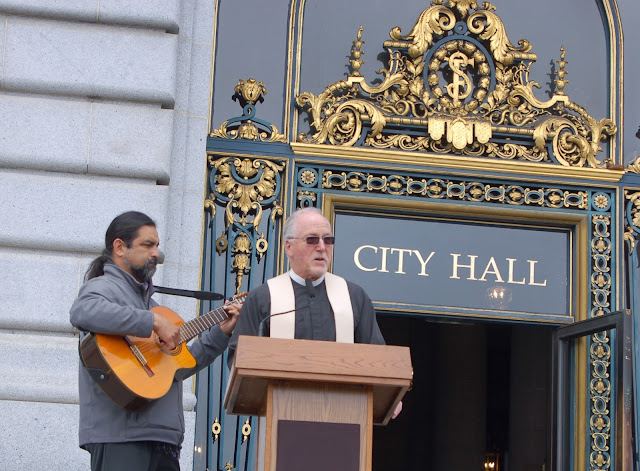 San Franciscans gathered outside City Hall today to remember Kathryn Steinle, who was murdered while walking with her family on the Embarcadero on July 5, and to put some stuffing into any of our politicians who might take right wing braying about the crime as reason to revoke policies protecting the constitutional rights of immigrants. 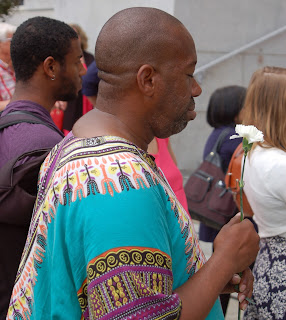 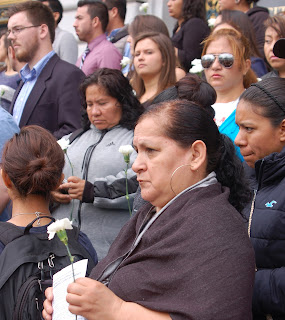 The victims of stupid, random gun violence are supposed to black people, brown people, poor people, not suburbanites strolling in the city. This awful crime has been candy for immigrant-haters: the Donald Trumps, Fox News, and their angry compatriots. 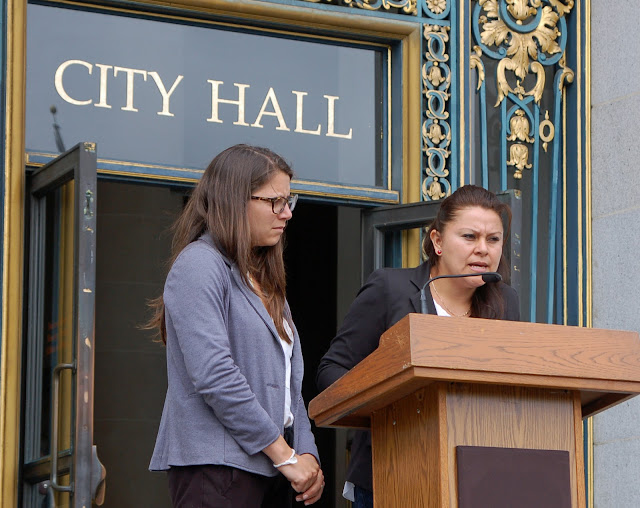 This woman testified to what used to happen before it was made city policy for our law enforcement to require warrants before they would hand residents over to Immigration and Customs Enforcement. She called the police to report a crime and ended up in immigration detention until her community and lawyers were able to bring her back to her family.

Let's hope our authorities have the guts to resist calls to use a terrible case to undermine good law.

Posted by janinsanfran at 1:37 PM