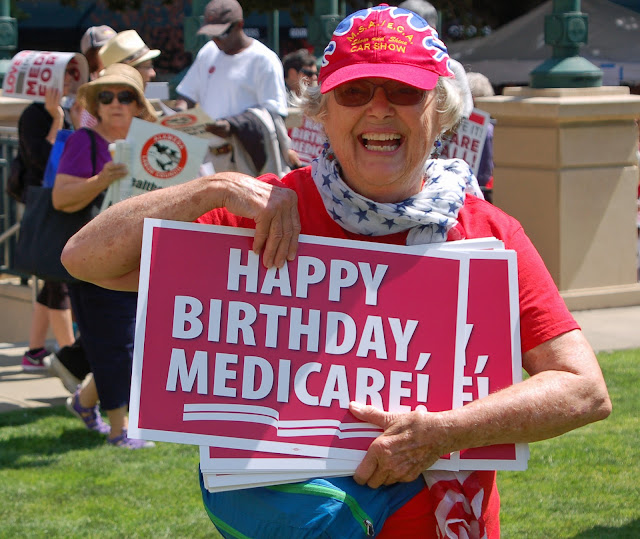 Several hundred people rallied to celebrate today in downtown Oakland. We were a happy crew. 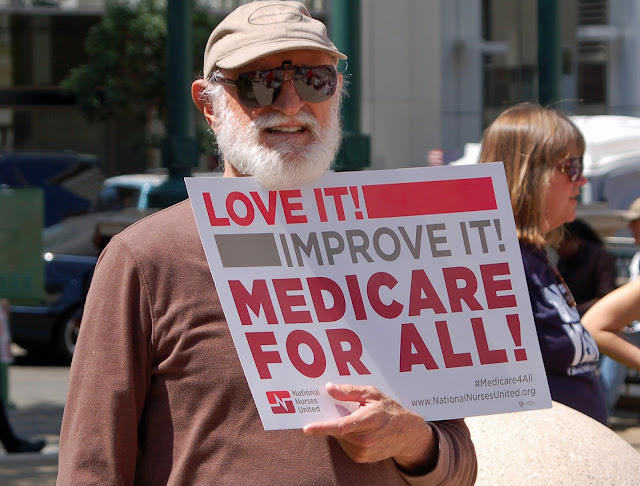 Yes, there were younger people there, but I decided to photograph mostly elders. 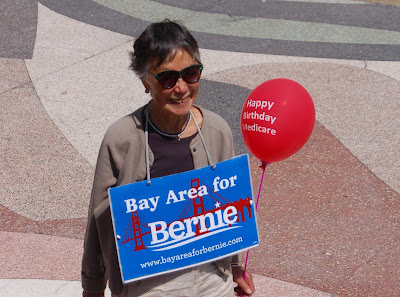 Veteran activist Ying Lee has a candidate. This was a single-payer, Medicare for All, sort of crowd, so I trust Bernie will do well. 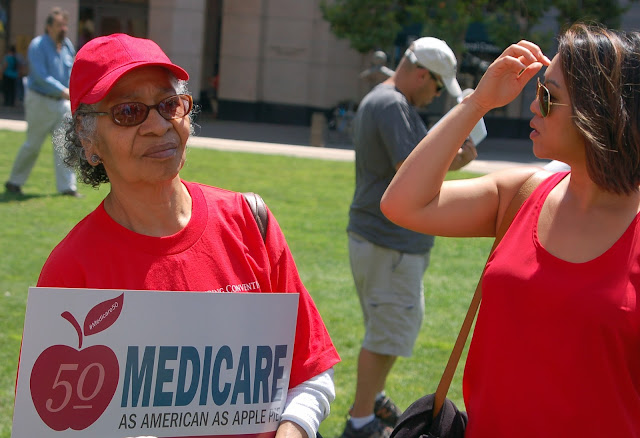 A hat and shades helped. 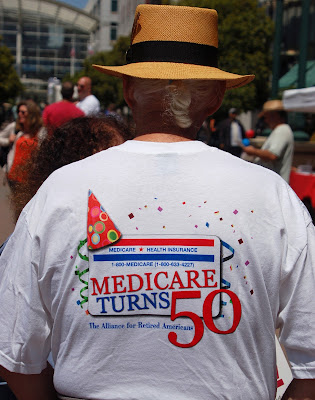 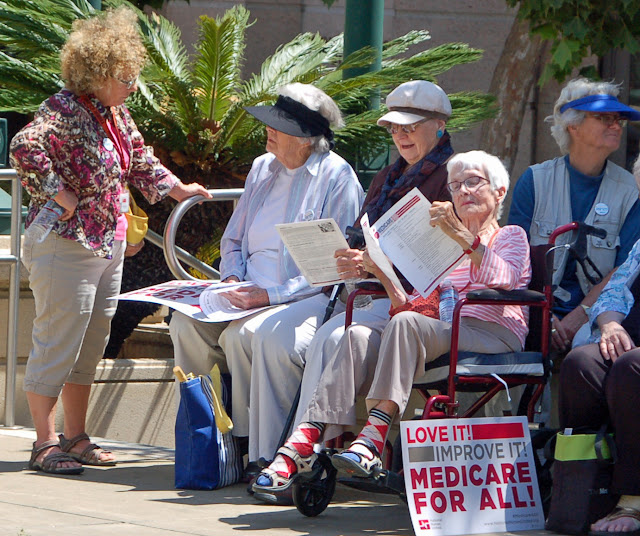 Some people found a bench while they read the inevitable handouts. 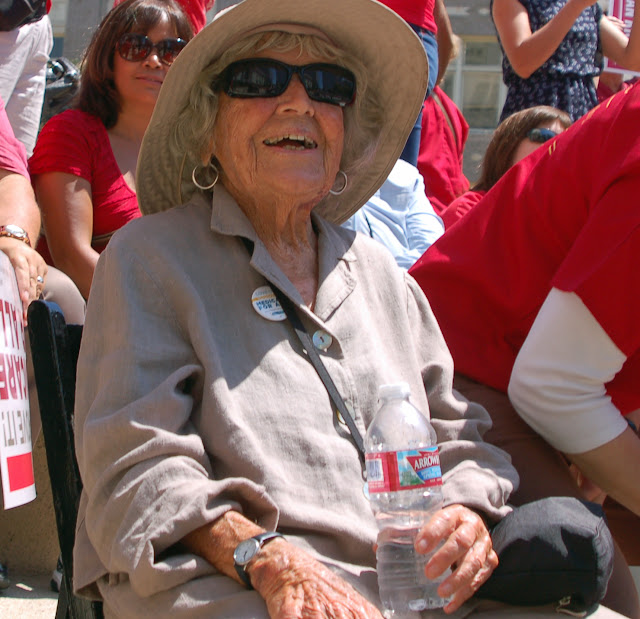 Even those who ventured into the sunny central amphitheater were mighty happy at this party!
Posted by janinsanfran at 2:08 PM

That's a great looking party for Medicare, Jan. I'm glad you were there to capture it.