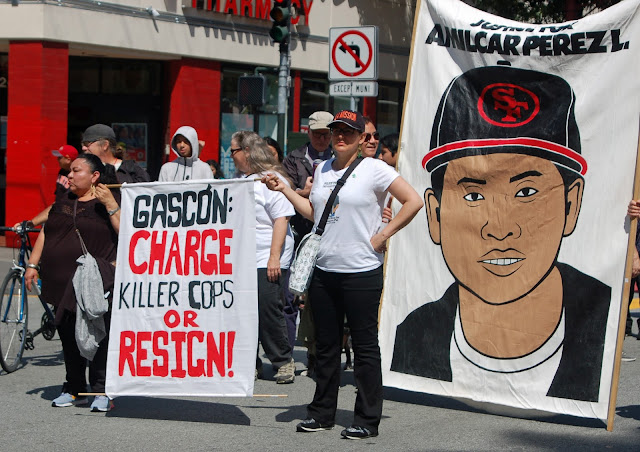 There were plenty of celebratory contingents in the annual Cesar Chavez parade down Mission Street on Saturday, but there were also a growing number of groups of families, friends and their supporters demanding accountability from the District Attorney for killings by the San Francisco Police Department. On the banner above, Amilcar Perez Lopez, shot by the SFPD on February 26, 2015. D.A. Gascon did not charge the officers who killed him. 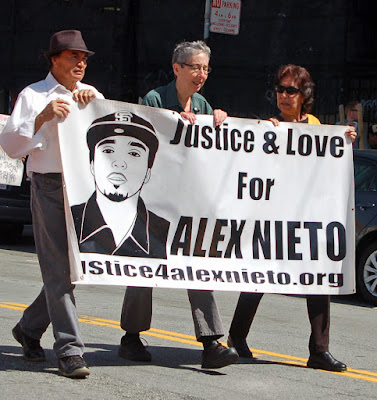 Alex Nieto's parents have been marching since he was executed by SFPD officers while eating a burrito in a park on March 21, 2014. The D.A. filed no charges. 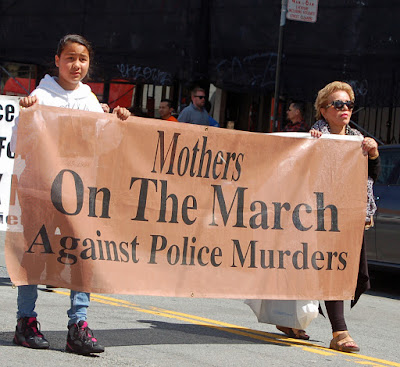 Mothers on the March along with family members are demanding the D.A. file charges for the killing of Luis Gongora Pat by the SFPD on April 7, 2016. 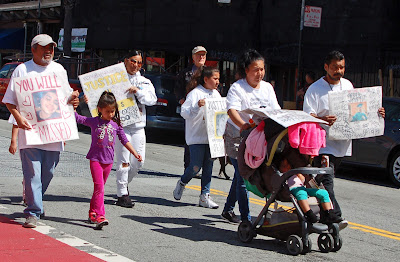 The latest unhappy addition to this parade of the injured is the family of Jesus Adolfo Delgado, executed by 99 bullets on March 6, 2018.

In the same time period, the SFPD has also killed Mario Woods and Jessica Nelson.

Officers of the SFPD won't stop shooting citizens of the city until they suffer some penalty for killing. The D.A. must charge; the department must discipline. Shooting their guns at all should be cause for rigorous inquiry and usually discipline, even if no one is hurt. Cops will kill so long as police and political authorities don't make it certain that use of excessive force will be punished.

Enough.
Posted by janinsanfran at 6:00 AM