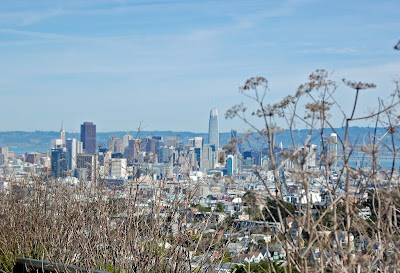 The national media has noticed San Francisco and California again. A couple of major New York Times articles in the last few days have laid out how our shortage of affordable housing is promoting gentrification, segregation, ill-considered building practices, and increasing the political conflict between those who prosper in the tech economy and those who labor for far too little reward.

All true, though sometimes lacking in local nuance.

But then these articles point to the collapse of State Senator Scott Wiener's Senate Bill 827 through which the state would have blown away local zoning impediments to development. California must be hopelessly dysfunctional. Isn't that always the story?

Wrong. State intervention to help bridge the housing gap cannot be fronted by a guy whose entire political record is as a stooge for irresponsible urban development. Wiener is my state senator. He's seldom met a highrise development he didn't love, while his occasional support for tenants in existing affordable housing has been merely cosmetic when he showed up at all.

California needs to negotiate a path to developing far more affordable urban housing. Density is the urban future and that's good for the environment and for people who live in cities. But big developers and rich winners in tech can't be the only winners. We need a more inclusive vision engaging more sectors of the state's population -- all promoted by more credible leaders.
Posted by janinsanfran at 7:30 AM