Let's wave goodbye to some history ... 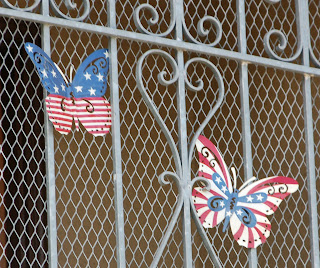 On Saturday, September 11, 2021, I could almost glimpse the phantom wraiths of 9/11 past (the American trauma, not the Chilean coup against democracy) gliding away, lost in the mists of history. After two decades -- dumb wars, hubris, ignorant Islamophobia. defensive xenophobia, disdain for civilized values and the constraining rule of law, and too much death -- perhaps we're moving on.

The median age in this country was 38 last year. For an awful lot of us, 9/11 is either a childhood memory or no memory at all. I was 14 years old when it became 20 years out from the 1941 attack on Pearl Harbor. Though that surprise assault reshaped my parents' lives and the country around them, I don't remember the commemoration. That trauma was their ancient history and I had my own battles to fight -- for civil rights for all of us and against another stupid war.

All pundits are duly producing their retrospectives. I only want to recommend two:

• At Slate, Dahlia Lithwick shared a weary podcast interview with Baher Azmy from the Center for Constitutional  Rights, The Legal Repercussions of the War on Terror.

•  Garrett M. Graff spells out what many of us never doubted: After 9/11, the U.S. Got Almost Everything Wrong.

On to the next adventures in the never-finished cause of justice, humanity, and decency ...

Posted by janinsanfran at 9:17 AM

Email ThisBlogThis!Share to TwitterShare to FacebookShare to Pinterest
Labels: history, rule of law, War on Terror