Every Sunday at 10:30am, a small group gathers at Beetlebung Corners to kneel for 9 minutes and 20 seconds, remembering George Floyd and so many other victims of wanton police violence. 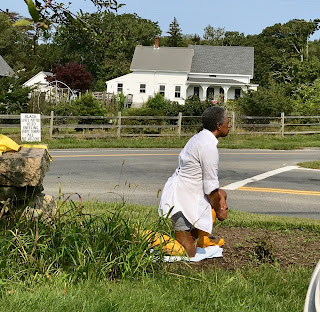 This past week, about 25 folks listened to an account of the killing of Terrence Coleman by Boston police officers Garrett Boyle and Kevin Finn on October 30, 2016; the cops were intervening in his mother's effort to get an ambulance for the unarmed man. 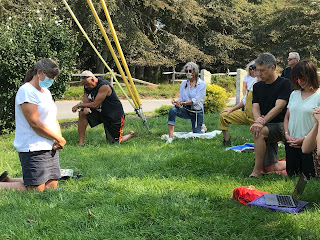 After the kneeling, the group listened to reports of activism to reduce the danger of police violence during mental health calls on the island. 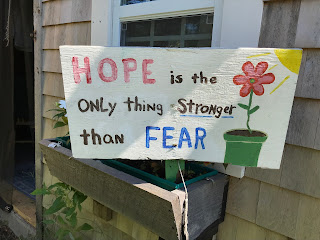 Posted by janinsanfran at 12:36 PM