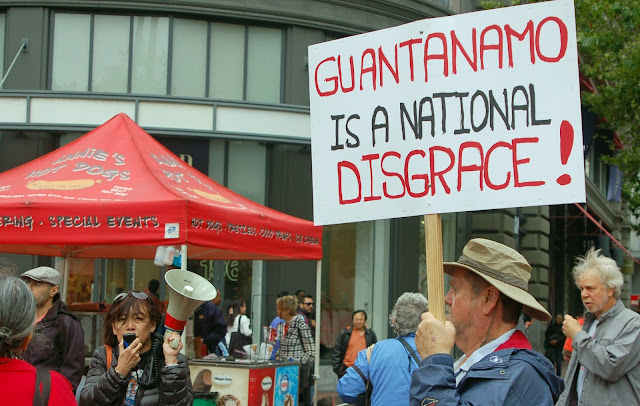 Ending torture and unjust imprisonment requires never giving up. On Friday a little crowd set out to remind our San Francisco neighbors and confused tourists that the United States' gulag is still open and that vicious force-feeding is still being inflicted on prisoners who have been cleared for release. 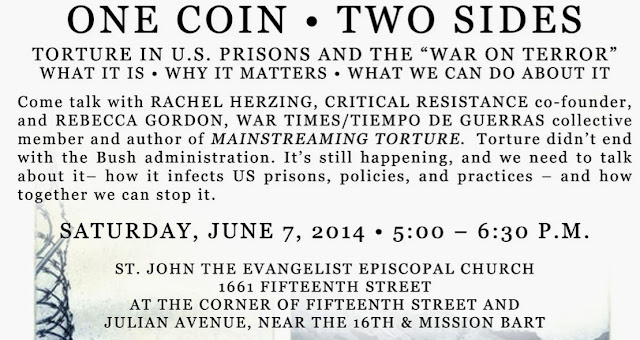 This upcoming program will bring together people working against torture in U.S. prisons and people struggling against the abuse-filled so-called "War on Terror."

Below you can listen to Rebecca Gordon, author of Mainstreaming Torture, spreading the word on the Drew Marshall Show, described as “Canada’s Most Listened To Spiritual Talk Show.”

Posted by janinsanfran at 9:52 AM

Obama broke his promise to close that place down.