In which I become a Jill Abramson partisan 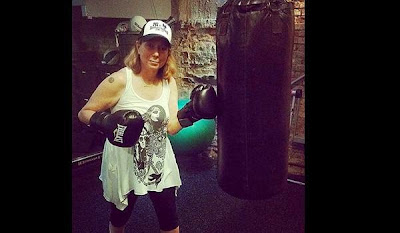 And not just for this fine pugilistic image!

This from among the voluminous commentary on New York Times publisher Arthur Sulzberger's clumsy dismissal of the first woman to run his newsroom brings me firmly to her side:

Sulzberger had brought Thompson in to be a turnaround artist, rethinking the newspaper’s role in a media world evolving at hyperspeed. But Thompson's role as house philosopher grated on Abramson. A particular flashpoint was Thompson’s emphasis on video. Abramson was skeptical. “Jill does not like video,” a person familiar with her thinking told me. “She thought there is nothing more boring than two print people talking in front of a camera about a story you can you read in a minute.”

I hate videos in information media. Sure, we have the tools to make the things and sometimes they can prove their creators are clever. I'll even pass along ones I find clever.

But video is slow. I can read most anything more rapidly. I don't want to watch a slow medium; I want information. As Michelle Goldberg added at the Nation:

There’s no ethical problem with pouring resources into video, but it’s still not a good idea. There is, in fact, something a little desperate about print organizations rushing into a field that doesn’t play to their strengths. Text is simply a better medium for delivering the news, which is why even TV news websites like CNN and MSNBC are so text-heavy.

In general, I found the Times becoming more interesting during the Abramson era. For those with eyes to see, there was a woman's influence in its editorial decisions, without sacrifice of any journalistic values that I find worthwhile. After the rather pathetically conventional Bill Keller, probably almost any change in direction would have been an improvement. Let's hope Dean Baquet can make his own further improvements despite Sulzberger's fumbling leadership. We do still need a national newspaper.
Posted by janinsanfran at 5:00 AM