The Prez came to Walmart in Mountain View on Friday to talk up executive orders on energy efficiency and renewables; workers were more interested in wage justice. 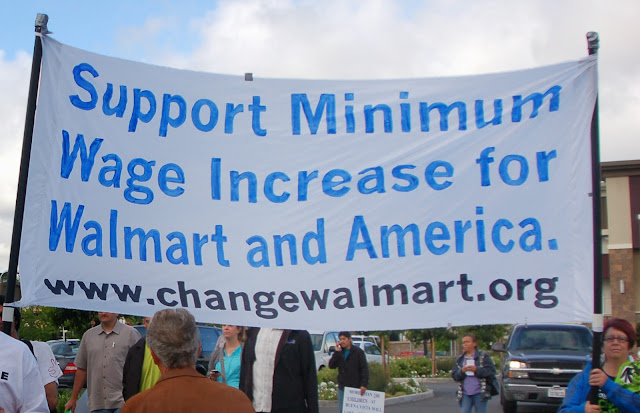 Email calls from all the local labor councils and even the State Federation started flowing in on Thursday. The enviros reached out too. Several hundred people rallied in a suburban parking lot early Friday morning. 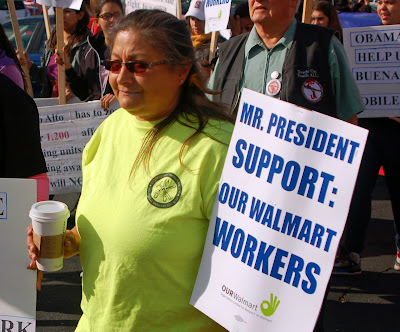 The president chose Walmart to make a point: The corporation gets about 25 percent of its electricity from solar power. In the United States over all, only about 2 percent of power comes from solar sources. 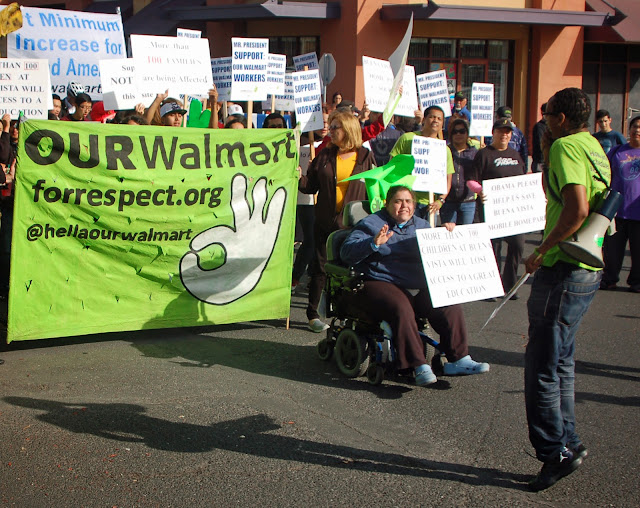 Why the Prez felt he needed to pick Walmart for his presser was hard to fathom.

Labor groups and others in the Democratic base have criticized Walmart for anti-union policies and for keeping workers' wages low. Obama made no mention of that in his remarks, but did praise Walmart for increasing its use of green energy. Chris Stampolis, a Democratic National Committee member who sat in the audience, said he was stunned that Obama was visiting one of the chain's stores.

"The message that you send when you come to Walmart is not really consistent with Democrats and the working people in this community ... who are in solidarity with our brothers and sisters in labor," Stampolis said.

Obama could just as easily have touted his alternative-energy efforts at the 49ers' new Levi's Stadium in Santa Clara or the new Apple headquarters in Cupertino, both of which will get much of their energy from green sources, Stampolis said.

"Unfortunately, choosing this particular location has created a bit of distrust between the leaders of organized labor here in the Bay Area and the Democratic Party," Stampolis said. 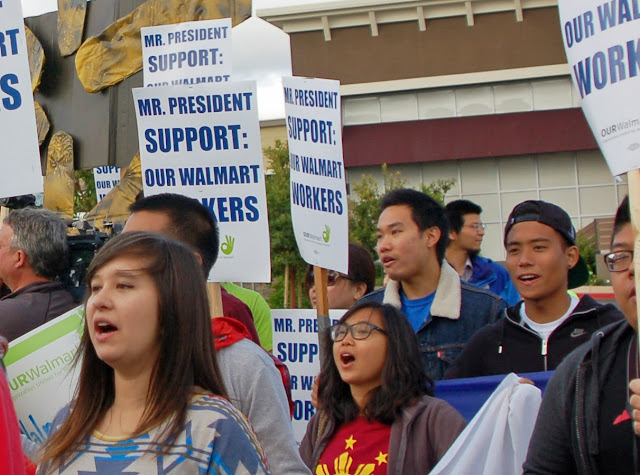 One of the chants of the demonstrators was "we voted for you; keep your promises." 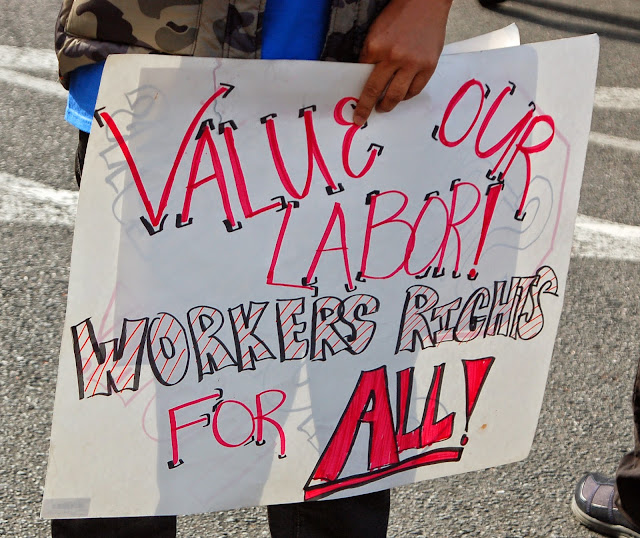 It's awfully hard to build an alliance between greens, workers and politicos when the Prez they all elected touts a company known for its skinflint ways.