In Thomas Schaller's Whistling Past Dixie, the political scientist discusses what he calls "the disappearing default demographic." He contends the Democratic Party could once picture of its normative supporters as primarily "Christian, white, married men from traditional families." But not anymore.

Last night I attended a volunteer appreciation party in Tracy for the folks who just helped Jerry McNerney win election to Congress from California's 11th district.

Tracy is certainly not radical Berkeley. Tracy is not a city. Tracy is a central valley town, as "middle American" as anywhere in California. With that in mind, take a look at the people who worked in the McNerney campaign -- and let go once and for all the image of the old "default demographic." 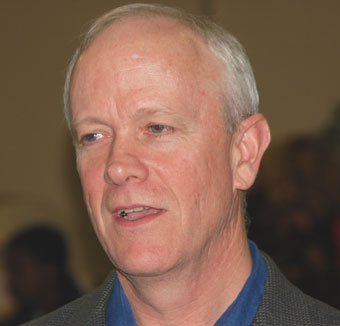 The newly elected Congressman himself fits the old image... 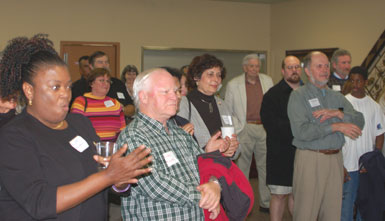 but how many others do? 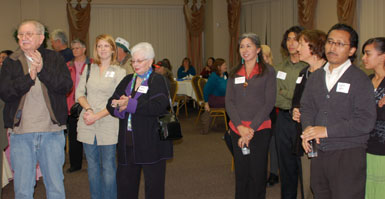 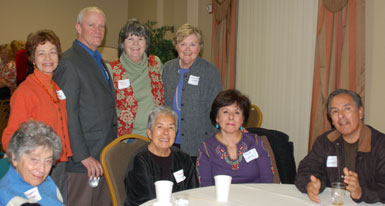 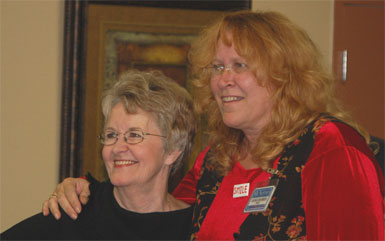 Update: one more from Saifi Raniwala. Our future... 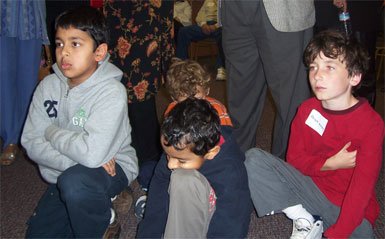 Posted by janinsanfran at 9:48 PM

Great pics, and I loved the Buffalo story and outraged commentary. Fascinating stuff.