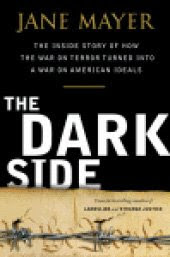 Finally, at long last, discussions are breaking out all over about how to bring to justice some of the people who instigated and abetted in the U.S. torture regime. Here's an "expert" opinion.

Human-rights organizations and foreign prosecutors are building databases on U.S. officials involved in activities considered violations under international law. It may be only a matter of time before indictments are drawn up for the arrests of targeted Americans when they travel abroad.

Milt Bearden served as senior manager for clandestine operations in the CIA's Directorate of Operations.

Patrick Noonan is a citizen who wrote a Letter to the Editor at the San Francisco Chronicle. He cries out against torture.

Editor - As human beings, it's important to forgive President Bush for his policies which resulted in the abuse and torture of prisoners of war in Afghanistan and Iraq. But as citizens of a good and great country, it's important that we ask for some consequences for those responsible for breaking international law and American law and laws of just plain common decency. ...

Meanwhile, publication of British lawyer and international law professor Phillip Sands' Torture Team: Rumsfeld's memo and the betrayal of American values helped tease out this from Larry Wilkerson, a former army officer and chief of staff to Colin Powell:

"Haynes, Feith, Yoo, Bybee, Gonzalez and - at the apex - Addington, should never travel outside the US, except perhaps to Saudi Arabia and Israel. They broke the law; they violated their professional ethical code. In future, some government may build the case necessary to prosecute them in a foreign court, or in an international court."

Yes -- the lawyers must be made accountable.

And this week, Jane Mayer's The Dark Side apparently will provide further documentation of crimes via the International Committee of the Red Cross.

"[T]he Red Cross document 'warned that the abuse constituted war crimes, placing the highest officials in the U.S. government in jeopardy of being prosecuted.'"

It's all torture all the time in Bush's neighborhood. Can those "highest officials" ever be brought to some kind of justice?

Posted by janinsanfran at 10:45 PM

Email ThisBlogThis!Share to TwitterShare to FacebookShare to Pinterest
Labels: rule of law, torture

Hi there. I'm linking to you on my post, which discusses other war crimes: http://justpeacenow.blogspot.com/2008/07/birth-defects-in-fallujah.html

Jan - thought you might be interested in watching Philippe Sands in conversation with Olenka Frenkiel, an investigative journalist with the BBC, at the Frontline Club in London tonight. We start at 7.30pm UK time Tues 23 Sept and we'll be streaming it live: