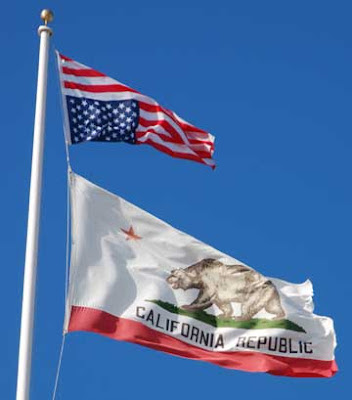 At least it seems our state is different. We have learned some things about living with our neighbors since Republican Governor Pete Wilson exploited racial panic in the 1990s. The latest Public Policy Institute of California statewide survey of opinion has some interesting findings.

Item: the nativists may be loud, but they are not close to a majority.

Most state residents (61 percent) and half of likely voters (51 percent) think immigrants are a benefit to California because of their hard work and job skills, while fewer (32 percent residents, 42 percent likely voters) say they are a burden because they use public services. The belief that immigrants benefit the state has become more widespread over the past decade (from 46 percent in April 1998 to 61 percent today).

This state has been adding population by in-migration for a long time. Like other states, we can get caught up in an immigration panic -- but at overall we know better and don't want to go there again as we did in the past. The rest of the country has not yet caught up on this.

Item: California also seems to be a little ahead on the Iraq war: we want out now, if not yesterday.

A majority of residents (60 percent) believe the U.S. should bring its troops home as soon as possible, while 35 percent believe troops should be kept in Iraq until the situation has stabilized. ... Californians are pessimistic about the war's outcome: Six in 10 residents and likely voters (59 percent each) believe the U.S. goal of achieving victory in Iraq is no longer possible.

Peace movement activists need to devise tactics around the good news that it is not the people who are prolonging the U.S. occupation of Iraq -- it is politicians of both parties who are stonewalling popular majorities in favor of a U.S. pullout.

Posted by janinsanfran at 7:49 PM