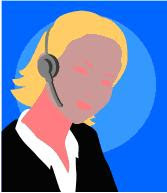 Looks like we may face a vote on a $195 parcel tax for the San Francisco schools in June.

Since California voters have made it nearly impossible for the legislature or local governments to raise the tax revenue needed for the services we want, parcel taxes are a common expedient used by school boards to keep our education system alive, especially in years like the coming one when state contributions to school funding will likely be cut to balance the state budget. The California School Finance website explains:

California law allows school districts to assess parcel taxes on local residents if they can secure a two-thirds approval from voters. Parcel taxes are a ... flat fee on each parcel rather than on the assessed value of property. [This is a way around property tax limitations we have passed by initiative.] The ballot proposal prepared by the school district governing board describes the purpose the money will be used for.

[Through 2006], 210 school districts out of nearly 1,000 have even attempted to pass a parcel tax, but some districts have passed multiple levies. ... [A] disproportionate number of these elections have been in the San Francisco Bay Area. In addition, about 90 percent of the elections were held in districts that were below the state average of 49 percent low-income students. A common explanation for this is that wealthier communities are either better able or more willing to tax themselves to improve their schools. Just five districts that have passed parcel taxes since 2000 -- all in the Bay Area -- serve a higher-than-average proportion of low income students.

That is, the requirement for a two thirds vote for approval from an electorate that skews older and without children in the home makes passing a parcel tax very hard. Economically comfortable voters have been more willing to tax themselves.

Making school boards repeatedly go to the polls begging for money and requiring them to win 66 percent in order to do their jobs is no way to educate future Californians.

The arguments tested by the pollster interviewing me tonight were conventional. On the "yes" side, the line went that good teachers make for good schools and we need to pay teachers better if we want to attract and retain the best. Against this was suggested the (to me silly) notion that more money doesn't make for better schools. Also I was reminded that the SFUSD hasn't always managed its funds well. That last has some truth behind it and will probably play well in some quarters. It is going to be tough selling this tax, especially if voters feel the economy is hurting, as seems likely.

Some campaign -- Leno? Migden? -- tossed a question on the end of the poll about the June primary for the State Senate seat.

Posted by janinsanfran at 9:33 PM