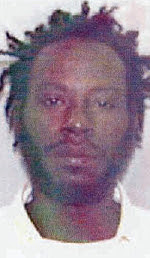 Suppose you were acquitted of a crime? A jury found you innocent -- wouldn't you figure you'd get to go home? Not so for the unfortunate Lyglenson Lemorin, a legal U.S. resident originally from Haiti, who was cleared by a jury of "terrorism" charges in Miami a couple of weeks ago. The government swooped the man up and dumped him in a deportation holding facility in Lumpkin, Georgia. Apparently under the Patriot Act, a finding of innocence means nothing to immigration authorities.

Lemorin was one of seven "aspirational terrorists" who the government charged with hoping to blow up the Sears Tower in Chicago. The government informant who offered to assist them with "the plot" failed to convince a jury that these guys had enough smarts to walk and chew gum at the same time. A jury couldn't reach a verdict on six of them; the government plans to try again.

The group's only link to ''terrorists'' was an FBI informant paid $80,000 to pose as an al Qaeda contact. The group was so hapless that it couldn't afford boots and relied on the informant for cash and guidance.

Several scary elements stand out about this bizarre parody of criminal process. Legal experts believe that what will happen to the remaining defendants will turn on what subset of "their peers" end up on the new jury.

University of Miami law professor Bruce Winick says "the [second] trial will depend on jury selection -- that's such an important part of the case."

"Here we had an interracial jury [in the first trial] that understands what goes down in the 'hood," he said. ...

That is, unless the next jury includes people who understand how very removed from the mainstream some of our poorer and less educated fellow citizens live, these guys could get sent away for a long time. Will the legal system find a jury that can imagine the lives of these guys? Imagining such an outcome is a stretch. Let's hope this episode does not end up added to the catalog of such shameful blots on the U.S. legal system as the prosecutions of the Scottsboro Boys and the Jena Six.
Posted by janinsanfran at 12:14 PM