"War fatigue" and the peace movement 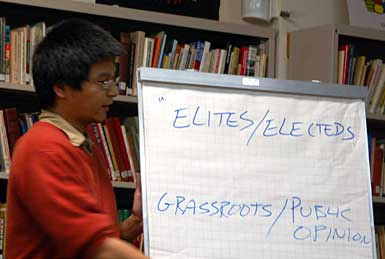 The term "war fatigue" comes from a superb Nation magazine article, quoted repeatedly in this post, by Ari Berman about the Iowa primary campaigns. The accompanying photos come from recent discussion sessions hosted by War Times/Tiempo de Guerras about why the antiwar movement seems stalled.

Numerous polls agree that a majority in the U.S. want the troops home from Iraq. And even though U.S. casualties are down the last couple of months and many believe the current anti-insurgency campaign is "working," the same majority wants the troops out as felt that way in February 2007 when the war was very obviously a complete disaster. (Pew Center poll.) So why hasn't the antiwar movement gathered enough force to end the war or even produce a serious antiwar candidate in the Democratic primaries? (Sorry, that perennial loser Dennis Kucinich doesn't count.)

"They marched, wrote letters, elected a Democratic Congress and now Congress is funding the war -- and Hillary is giving the President the authority to go into Iran!" says Nicholas Johnson, a University of Iowa law professor and former FCC commissioner who leans toward Richardson. "What's a voter to do?"

I'm not going to claim I have answers, but here are some thoughts, many arising from our recent War Times forums.

Iraq is very far away; its language, religion, and culture are very remote from most of us. It was interesting to realize that we held a couple of fairly well-attended, thoughtful, public meetings in the very diverse San Francisco Bay Area and there was no one that I was aware of who attended either who came from Iraq or from anywhere in the current arc of imperial wars from Egypt through Afghanistan. There were not even any U.S.-origin Muslims eager to talk about ending Bush's "crusade." The closest any of us in the rooms had been to Iraq (again as far as I know) was to Jordan and Syria.

This would not have been the case during the 1980s when a very similar set of people mobilized to oppose U.S. interventions in Nicaragua and El Salvador. Central Americans lived in U.S. cities; many North Americans had seen the effects of U.S. domination themselves.

It has been very hard for antiwar activists to focus public attention on the human devastation caused by the U.S. war. Because that reality is so physically and intellectually distant (except among the vets who have become a vibrant antiwar sector), we end up discussing the machinations of our rulers when we need to keep Iraqi suffering at the front of our consciousness.

If we understood more viscerally what a sophisticated civilization the U.S. is crashing around in, we might be able to cut off sterile debates about what we think ought to happen in Iraq when the U.S. leaves, realizing that the Iraqis will work out their solutions on their own terms. Our work is in this country. 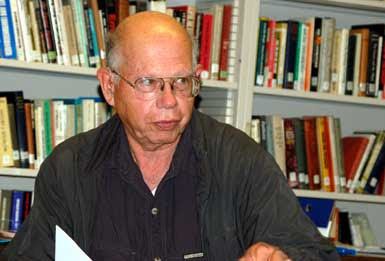 The war is playing out in domestic U.S. politics in ways that are hard for the antiwar movement to influence. Old timers from era of the Vietnam war tend not to trust the Democratic party as the vehicle for antiwar agitation -- Vietnam was LBJ's war for far too long. As a consequence of that imperial defeat, the Democratic party and many individual Democrats have become more cautious about imperial adventures since. And as Ari Berman explains

Like Hurricane Katrina, the war is a metaphor for all that has gone wrong under George W. Bush.

Because the combination of Bush's tainted 2000 victory with 9/11 gave a partisan Republican executive almost unchallenged power, Iraq has been "a Republican war." In fact, a majority of Democratic Congresscritters voted against the authorizing legislation in 2002. So the war is generally understood in partisan terms and in the two-party system, people jump to the conclusion that the counter to a Republican war should be a revived Democratic party.

Many of the most practical efforts to counter the anti-democratic, crony capitalist project of which the Iraq war is a part have gone into critiquing and propping up a better Democratic opposition. The Dean campaign in 2004, vibrant Democratic online activism, and extensive efforts to create new messaging and new media have mostly operated within a Democratic party politics frame, alongside, but not particularly in sync with, antiwar agitation. If the Republicans were the problem, Democrats had to be the solution.

If, as seems possible and even likely, Democrats elect a President and more Congress members in 2008 and the war still drags on, the antiwar movement needs to help people understand the new configuration of forces. Elites within the Democratic party will not easily behave as much differently from the Bush regime as we would like. They all share the assumption of the innocent rightness of U.S. world power.

But we may be more able to exert some influence on Democrats in power. The project for the antiwar movement will then be to work more closely with progressive Democratic activists who are likely to find themselves pushed to the margins of the party they've been building. These folks will face a choice (actually they already do) between limited access to the real powers and their principles. Many will share in the antiwar effort to force the party in power to cut U.S. losses in Iraq. After all, many got into Democratic activism for that purpose. It is very important that antiwar activists understand that this "they" is part of "us". The antiwar movement will only benefit from closer cooperation with the practical organizing sophistication of a lot of people who have been very focused for the last few years on reinventing the Democratic party. And if the antiwar movement is serious about democracy (small "d") we will have to find a way to use the Democratic party put our principles into action. 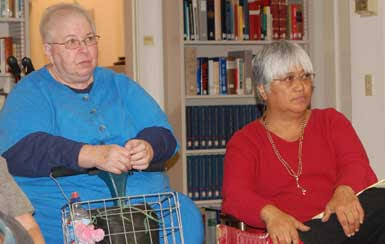 Just because the dominant crony capitalism of Wall Street operates on a time horizon that don't reach beyond six months, that doesn't mean that the peace movement has to. In fact, we're going to have to understand our work for peace as a long-term struggle. The U.S. lurches into imperial wars to maintain its hegemony; to secure resources for an economy of unsustainable though, unequally distributed, wealth; and ultimately because the regime in power can get away with it. Though in historic terms we live in a rather young empire, this one has clearly reached its zenith. The struggle for peace is a struggle to manage imperial decline with the minimum pain to folks in the rest of the world and at home. It is not going to be quick or easy.

Getting the U.S. out of Iraq may take years -- restraining imperial ambitions will take even longer. But there aren't any alternatives that point to a democratic society or a sustainable planet. We're in for a long haul.

"Sometimes I think a lot of people forget about the war," [an Iowa activist] admits. "But then they see a pin, or a sticker, or a sign, and it brings it all back."

We will simply have to keep bringing it back until we get the U.S. out of Iraq and out of the empire business.
Posted by janinsanfran at 11:10 PM

We also need to change our economy from a war and weapons based one to something a bit more sane, but it probably won't be happening in our lifetimes. Still, as you point out, these things are incremental.

your post seems based on a notion that the task of the anti-war movement is to work through the democratic party. this is, as you point out, a strategy that's been tried quite a few times - viet nam, el salvador, nicaragua, iraq I, etc. - and failed every single time in every way.

no progressive movement that relies on amnesia to develop its strategy has a chance, in the u.s. or anywhere.

every account of the movement which ended the viet nam war agrees: it was only when the movement stopped focusing on the mirage of influencing the democrats that it began to succeed. the 1968 convention was the last step in the process of taking the blinders off.

hopefully the 2008 campaign season (in which the strongest anti-war candidate appears to be a far-right libertarian who has no compunctions about taking money from stormfront.com) will play a similar role in our movement.