An unexpected voice of the season ...

Since I'm taking my retirement on the installment plan this year -- that's what I do for awhile after working political campaigns -- I'm trying to check in on all the East Armpit Bowls this year. "East Armpit" is the label we use around this house for obscure football games that the TV powers-that-be put on to sate the hunger of fans like us who will watch just about any gladiators bang away at each other. Bowls before Christmas are as Armpit-ish as they come, plus they are sponsored by a bizarre array of minor business enterprises like body shops and moving companies we never hear of any other time of year. For this fan, they are an intriguing, if outlandish, window on the national culture.

Naturally many of these contests between "bowl eligible" teams (they need six regular season victories to get an invite) are snooze fests. I've proved that. In my quest to get at least a look at all of them, I often record them for viewing later in the evening. So far this year I've fallen asleep watching both the Famous Idaho Potato Bowl and the Beef O'Brady Bowl.

But I try to catch at least a bit of all of them. Sometimes you see a dazzlingly accomplished player. The current ascendancy of San Francisco 49er phenom quarterback Colin Kaepernick is no surprise if you watched his college -- Nevada (Reno) -- in Armpit games over the years. And sometimes the teams bring a passion to these obscure games that makes them more interesting than overhyped "championships" between arrogant behemoths (that's Notre Dame v. Alabama if you've been hiding in a hole.) The very first of this year's offerings, the Gildan New Mexico Bowl, was a riveting gem of a game. 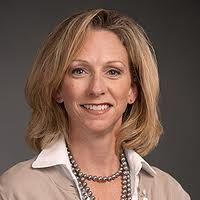 I had no hopes at all for one of the most Armpit-ish of these bowls played yesterday, the R+L Carriers New Orleans Bowl between East Carolina and Louisiana-Lafayette. That what??? But when I tuned in, I was surprised to hear a woman's voice doing the play-by-play. And not any female voice. This woman may not be a lesbian -- her life is her business -- but she's got the kind of deep voice that people associate with dykeyness in a woman. A little internet research told me she was Beth Mowins, a student athlete turned professional ESPN commentator.

Women doing football play-by-play work are rarer than blue moons, so I stuck around to see how she did. She did okay, nothing great. The play-by-play job consists of telling the viewers what they just saw quickly, coherently and accurately. I suspect it is hard -- and you know that thousands of people are ready to scream at the screen if you blow the down or distance call -- as you undoubtedly sometimes will. Mowins did fine. Mediocre is really successful when you aren't supposed to be there are all.

And she certainly is not. She is one of only two women who've ever called a broadcast football game. She inspires the venom of legions of angry football fans, mostly male. Here's a relatively polite specimen:

… ESPN2 puts Beth Mowings in as an announcer OMG IS SHE ANNOYING!!!!!!!! I can’t stand her voice!! [Who] would marry her, I keep thinking who is Beth Mowins husband and how miserable must they be!

You get the gist …

Evidently this career is something she wants very much. Good for Beth Mowins.

The game turned out to be moderately interesting as well, for an Armpit Bowl. Happy football season to all.
Posted by janinsanfran at 7:44 AM