Saturday scenes and scenery: EWASTESF.com to the rescue 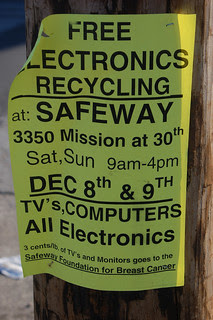 Our chance to clear out the basement had arrived! 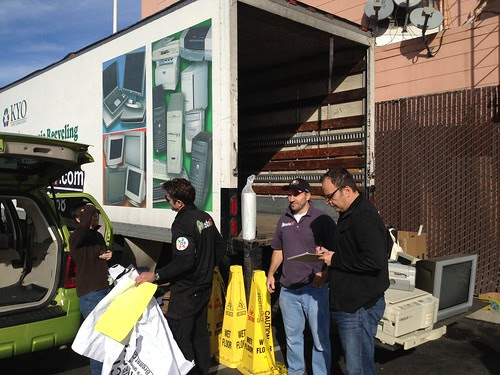 Some of our stuff was huge -- note the twenty-year old, 150 pound, photo copier on the lift at the right (next to the monster picture tube-era TV, not ours). The small stuff, 4 dead printers, a couple of scanners, several routers, plus all their various cords and accessories filled our small SUV. 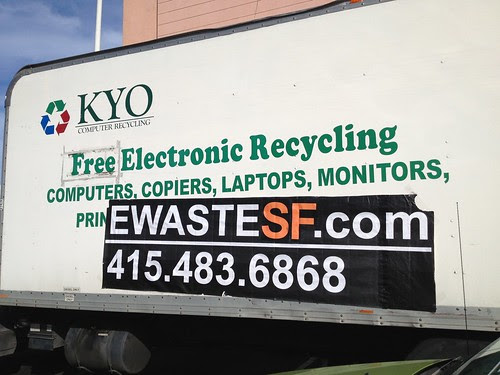 As we offloaded the junk, we realized this was the third time since we became early PC adopters in the 80s that we had performed this sort of clean out of a carload of expensive obsolescence. At least now days the stuff is cheaper and lighter and getting rid of it responsibly is free.
Posted by janinsanfran at 11:38 AM