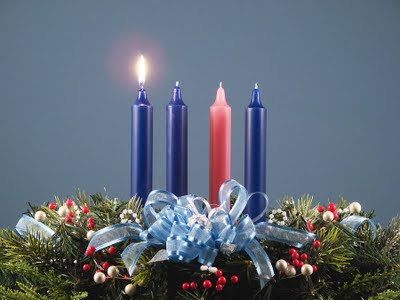 The Christian season of "waiting in hope" for the Light begins today. I've always felt in harmony with this season -- though I often wonder whether it would have the same resonance if I lived in the southern hemisphere where daylight is lengthening, instead of waning.

I've just emerged from a different sort of much prolonged "advent" and so has the country. Waiting in hopeful and anxious anticipation is the normal condition of people who engage deeply with elections. This last contest seemed to stretch on forever.

Unlike most of life, there is a fixed date on which the anticipated and feared decision will be made. In the run up, there is an enormous amount that should and must be done, more than can be done. But then Election Day comes and it is over. Thud.

If your candidate or your proposition wins, there is joy and relief. There probably should be terror; for with victory comes responsibility that cannot be entirely fulfilled. You tamed it; you are now responsible. But you get to enjoy the victory for a bit, before feeling the responsibility.

If you lose, it is just over. You can analyze at length, but if you were doing your job, you already know why, at this time, your fellow citizens made other choices. Some people recently weren't doing their jobs. You shouldn't be able to tease out much new from the returns. Later, someone with more distance may have insights, but those are not likely to be immediate.

As readers of this blog know, I come into this Christian Advent having just lived through a nasty thud. My fellow Californians were not ready to replace the death penalty, to choose a different path to satisfy our hope to live under a fair and functioning legal regime. When I look at the long trajectory of our understanding of punishment, safety and justice, I know I should remain confident that we'll move away from the death penalty. The campaign successfully implanted an understanding that relying on execution to deliver "justice" costs too much, suffers from systemic impediments that can't and won't be fixed, and always risks killing the wrong person. But for now, we're just not quite ready to give up the idea there's some magic "justice" to be grasped by giving a death sentence to a terrible offender.

So today I wait in hope for the return of the Light -- literally as I listen to a Pacific storm howling outside, metaphorically for the rebirth of the hope that Good comes among as, as poor and weak as we are. Hope is not a mood; hope is a virtue. Like all virtues. it must be practiced to form and deepen it. After a loss, I need a blessed Advent this year, to begin to renew, not hope itself, but strength for the practice of hope which is the struggle for justice. It will come. It always does.
Posted by janinsanfran at 7:53 AM