Urgent messages for a December evening 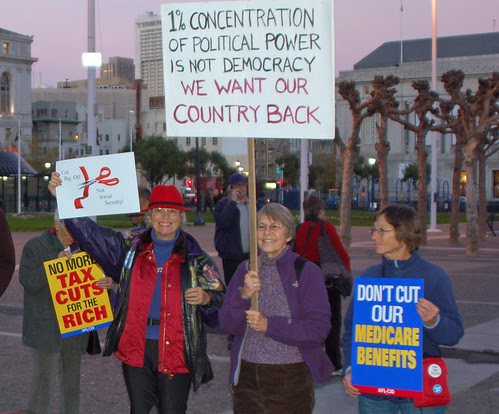 A small group of citizens assembled on Monday night in San Francisco Civic Center to wave signs urging our Congressional representatives to shun the austerity bluff, tax the rich, protect Social Security and Medicare … that is, do what we elect them to do. The event was called by the AFL-CIO, Move-On, our faithful single payer agitators among others. It drew about 100 people, most of them old enough to have a personal stake in the safety net for elders. 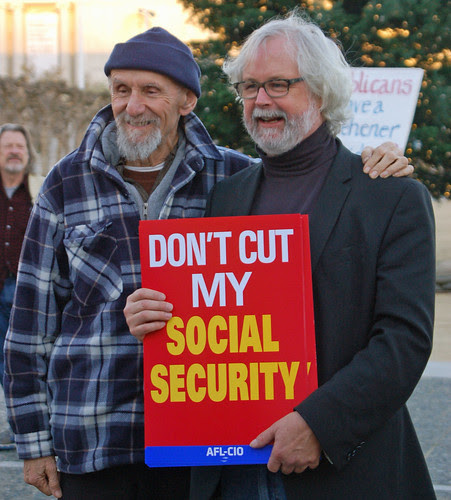 Fr. Louis Vitale, who spends too many of his days in prison for impeding US wars, posed with Tim Paulson, Executive Director of the San Francisco Labor Council. 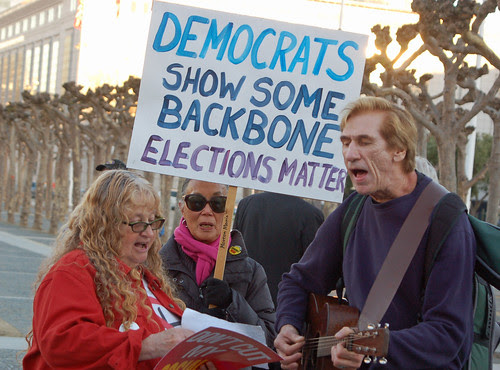 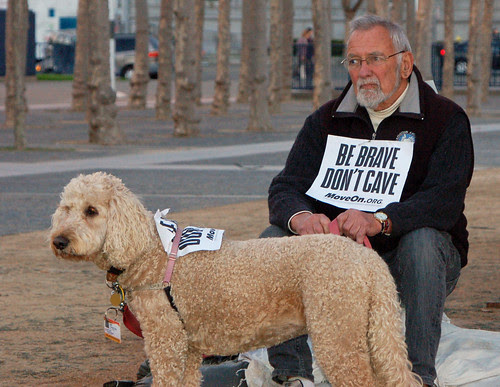 Watching our rulers dither, it's hard not to fear they'll let us down -- again. This gentleman and his dog expressed a common sentiment: Don't Cave! It's easier to be upbeat when the sun shines.
Posted by janinsanfran at 5:00 AM