For this "most charitable time of the year ..." 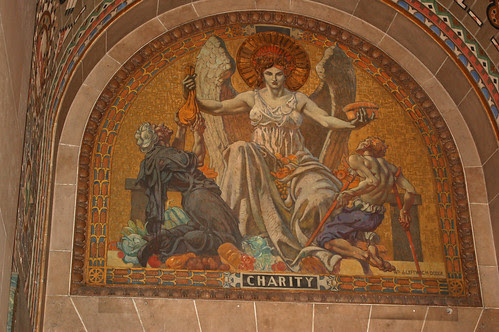 If you've ever had to raise money from rich people for a cause you cared about, you will love Reuters financial columnist Felix Salmon's article: Philanthropy: You’re doing it wrong. He's obviously not currently having to work the begging circuit, so he tells it like it is.

… since I’m personally feeling very charitable right now, I’ve decided to do you all the favor of telling you that when it comes to philanthropy, you’re doing it wrong.

Interestingly, philanthropy is one of those areas where the richer you are, the more likely you are to be doing it spectacularly wrong. So to make you feel better still, this is aimed mainly at the mega-philanthropists: the people who give away millions of dollars and feel fantastic for doing so. …

… Let’s run down the list of things you’re likely to be doing wrong, if you’re a rich philanthropist:

When I work on political campaigns, I often find myself telling the unfortunate folks trying to raise the money that political donors are different people than charitable donors. (I'm usually fortunate mostly to be tasked with the spending, not the begging, though I try to do my part.) They are not entirely different, but the political giving impetus works slightly differently. Political donors are more straightforward about their ambition to change how the world works. There's more ostensible emphasis on efficacy; a little less about massaging their self-esteem. But most of Salmon's items have campaign analogues: As Salmon says, in politics as in philanthropy,

… there’s no good reason why you should be part of the problem.

Posted by janinsanfran at 7:16 AM