COVID-19: what don't we know yet about recovering 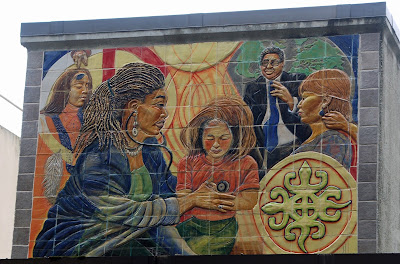 Health policy wonk Andy Slavitt warned about a coming spike in COVID cases where states "opened" too soon. The virus doesn't care about governors' political need to placate Donald Trump and his combative followers; it simply marches on through new, previously uninfected, hosts wherever it can find them. Unhappily, at the moment, that's Florida, Texas, and Arizona, with the rest of the south and southwest apparently on the same path.

Now Slavitt is warning about future dangers. Most people who catch COVID don't die; they "recover." But because the disease is new to humans, we don't know what "recover" means. Slavitt wants our medical scientists to get ahead of the game, to study outcomes so doctors know what to expect.

It is time we consider setting up COVID-19 long term recovery centers so patients with ongoing mysterious symptoms can be treated and studied.

The symptoms that emerge post-hospitalization or among many younger people with initial light symptoms is a scary and not understood part of the disease.

More people will survive COVID but like past viruses like SARS-Cov-1 and AIDS, surviving doesn’t mean a symptom free life.

We can eventually beat and treat many diseases but our scientists need data and patients require support.

One out of 1000 Americans at this point have been hospitalized with COVID-19. Neurological, respiratory, immune system, and clotting and damage to the kidney, pancreas and lungs have all been experienced.

As the virus spreads more people will become ill and more will survive. We should take advantage of the time to increase our understanding.

Many more people will get COVID and not require hospitalization — by the end of the Summer, it could total 15% of the population.

Some number of these people, even if they didn’t experience symptoms, will find the virus has stayed in their system causing new or nagging sensations. With SARS-Cov-1, chronic fatigue & mental health disorders are still a problem with 40% of people who have recovered.

The answer to this phenomenon begins with more widespread testing still. And in particular in hard hit communities.

Special clinics and ongoing treatment should be set up.

Some COVID recoverees report being stigmatized already as we often do with things we don’t understand. People treat them as if they’re infectious. And suggest the only thing that matters is if people die or not. We can do better than that.

Normally the CDC would be enlightening us here. I hope they step up but since the pandemic has begun, leadership has had to come from elsewhere in the country. And it should again.

That is, we need more and better data collection and smart observation from a scientific community that is both over-burdened and sometimes prone to squabbling over credit for new insights. Only coherent political leadership could avert the worse of this. And we know we're not going to get it in this country.

Tile mural detail above by Juana Alicia outside the Ambulatory Care Center, UCSF Medical Center.
Posted by janinsanfran at 7:00 AM