It is time for reparations 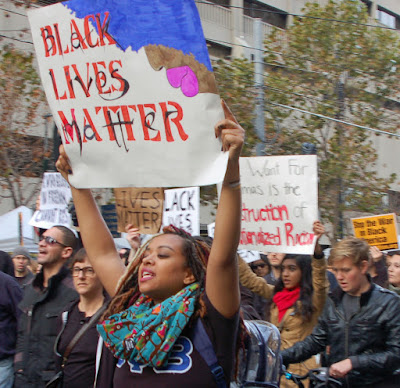 Nikole Hannah-Jones lays out what is owed. What follows is an abbreviated excerpt; do read it all.

Wealth begets wealth, and white Americans have had centuries of government assistance to accumulate wealth, while the government has for the vast history of this country worked against black Americans doing the same.

... Wealth, not income, is the means to security in America. Wealth — assets and investments minus debt — is what enables you to buy homes in safer neighborhoods with better amenities and better-funded schools. It is what enables you to send your children to college without saddling them with tens of thousands of dollars of debt and what provides you money to put a down payment on a house. It is what prevents family emergencies or unexpected job losses from turning into catastrophes that leave you homeless and destitute. It is what ensures what every parent wants — that your children will have fewer struggles than you did. Wealth is security and peace of mind. It’s not incidental that wealthier people are healthier and live longer. Wealth is, as a recent Yale study states, “the most consequential index of economic well-being” for most Americans. But wealth is not something people create solely by themselves; it is accumulated across generations.

... Brown v. Board of Education did not end segregated and unequal schools; it just ended segregation in the law. It took court orders and, at times, federal troops to see any real integration. Nevertheless, more than six decades after the nation’s highest court proclaimed school segregation unconstitutional, black children remain as segregated from white kids as they were in the early 1970s. There has never been a point in American history where even half the black children in this country have attended a majority-white school.

... The Fair Housing Act prohibited discrimination in housing, but it did not reset real estate values so that homes in redlined black neighborhoods whose prices were artificially deflated would be valued the same as identical homes in white neighborhoods, which had been artificially inflated. It did not provide restitution for generations of black homeowners forced into predatory loans because they had been locked out of the prime credit market. It did not repay every black soldier who returned from World War II to find that he could not use his G.I. Bill to buy a home for his family in any of the new whites-only suburbs subsidized by the same government he fought for. It did not break up the still-entrenched housing segregation that took decades of government and private policy to create. Lay those redlining maps over almost any city in America with a significant black population, and you will see that the government-sanctioned segregation patterns remain stubbornly intact and that those same communities bore the brunt of the predatory lending and foreclosure crisis of the late 2000s that stole years of black homeownership and wealth gains.

... Making employment discrimination illegal did not come with a check for black Americans to compensate for all the high-paying jobs they were legally barred from, for the promotions they never got solely because of their race, for the income and opportunities lost to the centuries of discrimination. Nor did these laws end ongoing discrimination any more than speed limits without enforcement stop people from driving too fast. These laws opened up opportunities for limited numbers of black Americans while largely leaving centuries of meticulously orchestrated inequities soundly in place, but now with the sheen of colorblind magnanimity.

With Covid-19, black Americans face a financial catastrophe unlike any in nearly a century. Black Americans had already lost the largest share of their wealth of all racial groups as a result of the last recession and have struggled the most to recover. They are the only racial group whose household median income is less than it was in 2000. Today already more than half of black adults are out of work. Black businesses are withering. Their owners were almost completely shut out of the federal paycheck-protection program — just 12 percent of black and Latino business owners who applied for the small-business loans received the full amounts they requested, according to a Global Strategy Group survey last month. Nearly half the respondents said they would most likely shutter permanently within six months. Black children are expected to lose 10 months’ worth of academic gains because of school closures, more than any other group, and yet they attend the schools with the least resources already, schools that will have even fewer resources as states slash spending to make up for budget shortfalls. One in five black homeowners and one in four renters have missed at least one home payment since the shutdowns began — the highest of all racial groups.

Race-neutral policies simply will not address the depth of disadvantage faced by people this country once believed were chattel. Financial restitution cannot end racism, of course, but it can certainly mitigate racism’s most devastating effects. If we do nothing, black Americans may never recover from this pandemic, and they will certainly never know the equality the nation has promised.

So we are left with a choice. Will this moment only feel different? Or will it actually be different?

And when our political leaders dither and plead poverty, it's up to all of us to remind them they are lying. What's the wealth of a nation for but to assure the well-being of its people? There's only one morally acceptable answer -- and that's the meaning of the cry that Black Lives Matter.
Posted by janinsanfran at 10:19 AM