Police as part of LGBTQI celebrations? 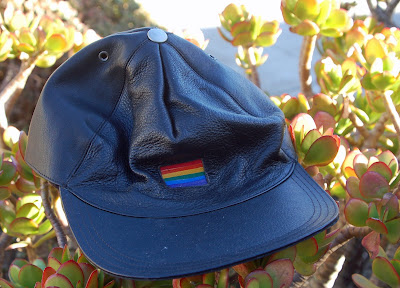 This issue is a hardy perennial. Do we save more queer lives by bringing law enforcement along with us or by showing that we reject these racist, homophobic, violent institutions altogether?

San Diego's current Pride organization has come up with a policy statement:

A Path to Healing & Safer Communities

STEP 1: Law enforcement agencies will no longer have contingents in the San Diego Pride Parade or booths in our Pride Festival. This may be reassessed after the completion of Step 4.

STEP 2: The City of San Diego will recognize the San Diego Pride Parade as a free speech event and no longer bill the organization for road closures and safety.

STEP 3: The City of San Diego will immediately adopt the #8CantWait Campaign recommendations [for police reform from Campaign Zero.]

This would not satisfy me if I were a San Diegan, but it sure is a step up from what most Pride committees have chosen to do about police participation in their festivities in the last 30 years or so.

In a survey of LGBTQ resistance to police our parades festivities from June 2019, Black transfolks and gender queers led the opposition.

“Pride began as a protest, and it’s turned into a parade,” said Malkia Devich Cyril, the executive director of MediaJustice and an activist based in Oakland. “I think what’s happening now is simply a return to its roots.”

I first lost a fight about including police without even critique in what I thought was a radical gay/feminist institution in 1982. This will go until we broadly understand that the purpose of police, as constituted in this country, is not "public safety," but repression of Black people, of all people of color, and of anyone who transgresses straight gender norms.
Posted by janinsanfran at 1:30 PM