A few months ago, way back when we didn't know who would emerge from the Democratic presidential primary, the old guard of the Democratic Party consultant class were downright panicked that our side had fallen far behind the GOP campaign online. This alarm only deepened when the winner was an "analog candidate in a digital world." And then came the pandemic, and Joe Biden was confined to his basement, and we all found ourselves living on Zoom.

It was actually an episode of the podcast Campaign HQ from one of those consultant heavyweights, David Plouffe, that gave me an inkling that there was another possible path for the coming election season. Pete Buttigieg’s online engagement director told of successfully turning supporters loose in new media they understood better than the campaign to sell the unheralded newcomer. Pete had limits as a candidate, but the potential was huge. 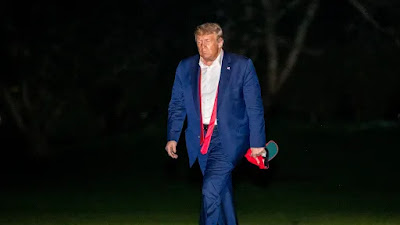 And now we celebrate TikTok activists and K-pop kids who apparently successfully trolled the Trump campaign ticket system and lured the GOPers into a cardinal political campaign sin: overpredicting crowd size. Successful campaigns underpredict and then crow about overflow. Tulsa made Trump look like a deflated balloon. Good going, kids and friends!

We have now seen online activism, launched from no closer than the sympathetic outskirts of a regular campaign, create both a material and media impact. This is something new and will change the coming campaign season.

Ever since politics evolved for its permanent practitioners into a profession dealing in data and sociological observation as much or more than ideology (I make this the 1970s), the vital center of campaigns has been "message discipline." Polls and focus groups study the voters to determine what they want to hear and what they will listen to and candidates and their campaigns rigidly adhere to "the message." This is not always pernicious; a lot of good people and causes have won political office in this system. It was however often inflexible and unwelcoming to everyday concerned citizens who had to be disciplined to get with the program. And consultants profited because they were the essential sources of messages and the approved ads.

Citizen activist politics was due for a breakout from message machine politics. The strange new technological environment of a pandemic election is likely to give space to many novelties and some new people. Black Lives Matter was never on Democratic messaging train; BLM has its own 2020 policy program. The streets have put this on the national agenda. Digital natives have shown they can intervene in politics and will. Yes, as Charlie Warzel insists, there's a lot of alienation in that quarter -- but what is democratic (small "d") politics for, if not to give voice to real pain as well as promise?

We do need to elect a Democratic President and a Democratic Senate and as many smart, honest pols as we can find at every level this fall. The energy must begin to be translated into actualities. That will involve figuring out how to do the necessary mechanics -- registration, education in new voting systems where needed, encouragement of indifferent and hesitant citizens to actually vote, all the usual -- in a pandemic environment. I have no doubt we'll do what needs to be done. We have to.
Posted by janinsanfran at 11:46 AM