Juneteenth is a bittersweet celebration 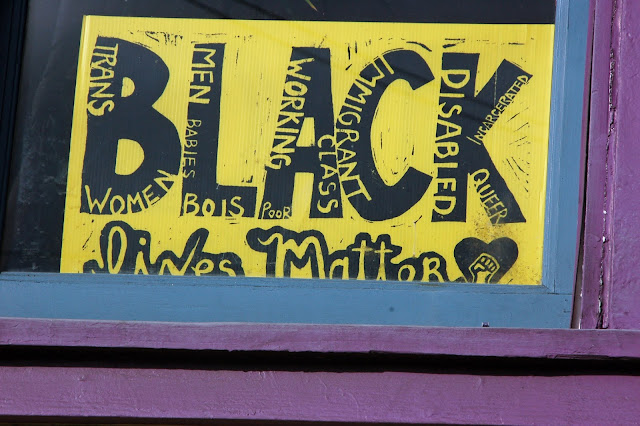 Let's outsource these thoughts to Jadon-Maurice Forbes who sends me those Indivisible emails I often fail to open:

This is a day that my grandmother taught me to honor as the beginnings of a new life for the African diaspora. She was very close to her African-American heritage and wanted to impart that quality to me. So much so that she would replace my Hooked-on-Phonics books with ones she felt were more suitable -- like Imani and the Flying Africans -- a fantastic tale of a band of Africans taking to the sky to escape to freedom.

When I think of Juneteenth, I often imagine those winged, black faces breaking their chains and finding freedom. But the true American tale of how slaves were freed is more grounded in a nuanced, complicated, and painful struggle for freedom that has continued for 155 years (read: that means ‘til today).

Juneteenth commemorates June 19, 1865, the day the last of the enslaved Africans in America were freed from their chains, having continued to work in bondage for a full two years after Lincoln signed the Emancipation Proclamation.

In many ways, Juneteenth is a bittersweet reminder of what was promised but never delivered to Black folks post-emancipation. It's a reminder of delayed justice. Every year, even after my nana passed away, we celebrated this holiday. And every year, we do so in honor of progress as much as for a continually delayed sense of justice and equality.

Dreams, realized and deferred. Struggle is long. That's why they call it struggle.
Posted by janinsanfran at 9:12 AM